I get it, I really do, and I may have even been guilty of it myself sometimes. If a director is doing stuff we enjoy then we enthuse over their choices, their style, and their consistency. But if we don’t enjoy their work, that consistency is seen as a major flaw, and can often be the defining element used to underline exactly how they keep making movies we don’t enjoy.

The Tax Collector is a David Ayer movie, which means you get a lot of what David Ayer usually puts into his movies. Gritty crime happenings in a male-dominated world, people who don’t work within societal norms, but do have their own code that they live and work by, and an ending that pulls from some major incident that happened much earlier in the film.

You might not like David Ayer movies, I have had a hot and cold relationship with his filmography, but he keeps working in areas that he believes plays to his strengths. And his fans would probably agree. Here’s the kicker though, The Tax Collector is really quite good.

The story revolves around David (Bobby Soto) and Creeper (Shia LaBeouf), two men who collect money for a crime boss. They are tough, they have to be, but they also know the rules of the business, David recognises when diplomacy is better than brute force, and they work within their own code of conduct. Sadly, all of their good work looks set to come undone when a violent enemy (Conejo, played by Jose Conejo Martin) determines that he will make a major grab for power.

There isn’t anyone to help truly sell this movie, Ayer hasn’t bagged himself a MAJOR name to put in a central role, but that’s okay when you have two great lead performances from Soto and LaBeouf. And I am just going to say it, LaBeouf is absolutely superb in his role here, something I didn’t expect. He is often putting on an act, whether it is the inflection of his speech or his ability to stare down anyone who might not realise how much trouble they could be in, and it is all based on a number of strong choices that could have gone disastrously wrong. Thankfully, those choices work. Martin is an intense and intimidating villain, Cinthya Carmona and Cheyenne Rae Hernandez are both excellent as two very different female characters, and Cle Sloan is convincing in the role of a gang leader who respects the ways in which Soto’s character works hard to avoid any scenarios that could lead to mutually assured destruction.

You get the usual profanity throughout the script, the attempts to humanise criminals that you will either accept or loathe, and it’s hard to think of someone who has so consistently recycled their third act tricks of the trade more than Ayer, but the big plus here is a defining thematic strand that makes it much more effective than some of his other films.

Without spoiling things, as it becomes clear very early on, this is a film all about the power of family and friendship, but it shows it in both a positive and negative light. Family and friends can save you, support you, and inspire you, but they can also drag you down, expecting you to either follow their patterns of behaviour or just silently put up with their nonsense. Many Ayer movies have made good use of the “no loyalty among thieves” or “the enemy of my enemy is my friend” mottos. This also has a bit of that, but is much more interested in exploring those family ties, whether that is a blood tie or people in a unit that you have made part of your family.

You will already have some idea about this film, and whether you want to watch it or not, but I think it is one of Ayer’s best, and certainly his best from the last decade or so. 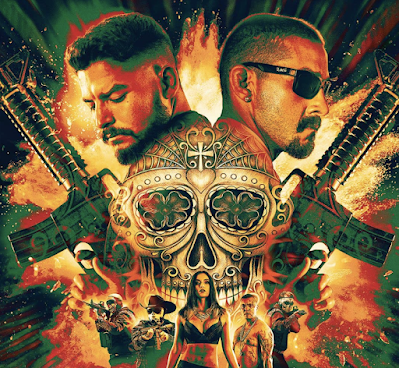