An enjoyably dark slice of Southern gothic, What Josiah Saw is a well-acted and nicely constructed piece of work that leaves you with a lot to mull over by the time the end credits roll. It may be telling that I almost forgot to tag this review with the word "horror", and there's certainly a number of elements that allow it to sit comfortably within that genre, but I'm not being negative about it when I say that it's full of moments of heavy drama.

Robert Patrick is Josiah Graham, the patriarch of a family that we soon see as being deeply troubled. Whether or not that trouble is caused by Josiah himself is hard to say, but it certainly seems that way. Josiah stays at home with one son, Thomas (Scott Haze). His other son (Eli, played by Nick Stahl) has got himself in some trouble, giving him a criminal record and a bad debt that hangs over him. He has a chance to put things right, but it may come at a terrible cost. Then there's Mary (Kelli Garner), a young woman desperate to have a baby with her partner, Ross (Tony Hale). Mary had a procedure to make her sterile when she was a younger woman, but now is desperate to adopt and have her own family. A financial offer made for the family home leads to Eli and Mary heading back there, reluctantly. Maybe this can mean a fresh start. If they can all escape the past.

Written by Robert Alan Dilts,  his feature debut no less, this seems to be a natural progression from the 2009 short, Eliki, that he also worked on with director Vincent Grashaw, also making his feature debut here. Having not seen that film, unfortunately, I don't know if this is a full expansion of that or if it is just connected by the collaborative work of Dilts and Grashaw. Whatever the level of progression, it's clear that both men work very well together. Within both the script and the direction, patience is key. The pacing allows for some impressive moments dotted throughout each main sequence (the structure basically provides a main chapter for each of the three Graham children), and there's a satisfying, if disturbing, ending that answers all of your questions, albeit in a way that may seem open to interpretation to many viewers.

Grashaw helms himself immensely by assembling a superb cast. Patrick may not be in too many scenes, when you add up the runtime, but his presence casts an impressive shadow over everything. That's what his character does, but it helps that Patrick himself can add his unnerving presence to it. Stahl is also excellent here, although I don't want to accidentally insult him by calling him a great fit for his role. It's true though, and he has that perfect mix of desperation, the desire to please those above him in the pecking order, and a strong core of self-preservation. Garner is equally good, and her character is equally troubled in ways different from her brothers. I would say that Haze is the weakest of the bunch, but his performance isn't actually bad. It's just the way he has to play things in the third act, hampered by a script that forces him into a position that feels much more generic than anything seen in the rest of the movie. Hale does well in his supporting role, and there are a couple of scenes that make good use of Jake Weber, but the focus always moves back to the members of the Graham family, ensuring that it's Patrick, Stahl, Garner, or Haze who carry the majority of the scenes.

I don't want to spoil anything for viewers going into this blind, but it's worth warning people that the heart of What Josiah Saw contains subject matter that could upset some viewers. I wouldn't normally mention this, not when it comes to horror content in a horror movie, but the fact that this so often feels like a straightforward drama gives everything a bit more of an impact. It's a film that spends a lot of time delivering light punches, and then winding up to deliver some absolute hammer blows in the third act. You may be left reeling by the end of things, but you should also begrudgingly admire such a skilled and confident display of strength. 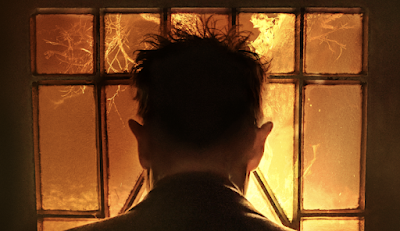