Joo Won stars as Carter, the titular character who wakes up to find his memory gone and a load of armed agents surrounding him. Thankfully, there's also someone able to talk to him via a device implanted in his ear. He is able to get away from the armed agents, crashing through windows to end up in a nearby building, and that is the start of an extended chase sequences that pits him against ever-increasing numbers of aggressive enemies.

Carter starts strong. It's a solid premise, the action is impressive and the energetic style of the cinematography is breathtaking. Injuries have a way of making you wince (especially when our lead is in a bathhouse full of fairly naked men he opts to tackle with a weapon that resembles a gardening sickle) and it all gets the adrenalin pumping.

But then it keeps going. From a foot chase to another foot chase, from some motorbike mayhem to another foot chase, from more motorbike mayhem to a fight on the back of a truck that is moving farm animals, and on and on and on it goes. Which wouldn't be so bad if it hadn't peaked in the first 20 minutes. There's no escalation here, just a constant attempt to keep things as ridiculously over the top and frenetic as possible, which becomes way more tiring than entertaining, especially when you've not even got to the halfway mark of the 2+ hour runtime.

Byung-gil and Byeong-sik also decided that their action needed some strange "zombiefying virus" story strand supporting it, which really adds nothing of interest to the proceedings. There are many better zombie/virus movies out there, maybe just focusing on the action beats would have been a better option.

Won is fine in his role, and there are a number of people who do perfectly okay alongside, or opposite, him, but this is a film that really belongs to the stunt team, a group of people who do everything they can to ensure that this film, whether you love or hate it, delivers some unforgettable moments. It is hard to imagine people putting on these kinds of displays without someone actually getting hurt, but that also makes it even more disappointing when the physical prowess of the performers is constantly overshadowed by the cgi required to keep everything crashing through the glass ceiling of what is possible when it comes to choreographed fight sequences.

If you see the trailer for Carter and think, as I did, that it looks like a ridiculously entertaining piece of work then you should at least check it out. But do be warned, the trailer is bearable because it is about two minutes long. The feature could have easily been split into two movies, with a bit more breathing space here and there, and there could also have been a bit of time spent on crafting a worthwhile ending.

Impressive, undoubtedly, but this quickly outstays its welcome. Although I hope people still give The Villainess a chance after checking this out. 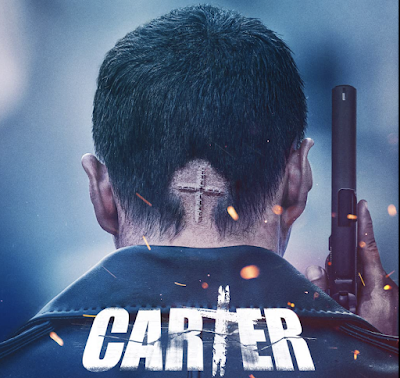