If you spent some of your childhood discovering the filmography of Doug McClure then you will have seen one or two films from director Kevin Connor (and I was able to interview the man here). The fact that he has been working in the industry for decades, and working in a variety of styles, made me feel a small amount of comfort when I saw that he directed this. Whether the end result was good or bad, I could feel as if I was in safe hands.

Things don’t take long to get properly started, with writer Marc Hershon (far less experienced than Connor, but certainly doing a decent enough job here) presenting viewers with a scene that shows a potential Father Christmas figure being discovered in a house that he doesn’t belong in. This leads to his arrest, which eventually leads to him being placed under house arrest at the home of his defending attorney. Determined to prove his innocence and save Christmas, the “criminal” needs to use some magic as he attempts to convince people that he is who he claims to be - Chris Kringle Jr. AKA Santa Jr.

With Nick Stabile in the lead role, doing a decent job of portraying someone trying to give themselves a fighting chance of succeeding in taking over the family business, and major supporting turns from Lauren Holly (as the defending attorney, Susan Flynn) and Judd Nelson (a cop named Darryl Bedford), this is pleasantly inoffensive stuff that allows enjoyable actors to join in with some decidedly okay festive nonsense. There’s also a helpful elf (played by Ed Gale) and a Santa-costumed burglar (Roger Bumpass) who causes the big problem for Santa Jr. George Wallace is another cop, one with a more pleasant disposition, and Charles Robinson is a welcome sight in his very small role, playing the judge who sentences our lead to his house arrest.

Connor keeps everything simple and in line with the tone of the script, knowing that the focus is always on either seasonal trimmings or the moments in which Holly and Nelson might start warming up to one another. There could be some more done - I think we are used to seeing wayyyy more decorations and snow in these holiday movies nowadays - but a) the sunny territory of California is a small way for it to feel a bit different from other films in this vein, and b) this was the first Christmas film from Connor, who would go on to direct at least four or five more throughout the next decade or so. I guarantee you that some of those films allow the man to fully throw himself into the chilly/warming tropes that feature in most of these schedule-fillers.

I enjoyed this, mostly because of my appreciation of Holly and Nelson. Which I am sure was the plan from the start anyway. It’s a shame that they couldn’t set it somewhere with a stronger air of Christmas though, so it loses a point or two there. 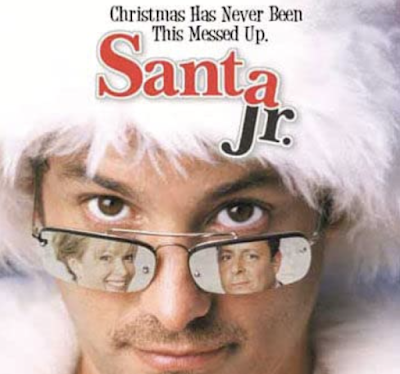