Based on a book, “The Goodbye Bride” by Denise Hunter, Christmas On My Mind is exactly the kind of Christmas TV movie fare that you expect to find filling out afternoon schedules at this time of year. I don’t know if the book was written that way, or if it was adapted into such a seasonal treat by writer Kristen Hansen (who has, as is so often the way, given viewers a few Christmas movies over her career), but I was certainly surprised to find that there was some literary source material here. Because it’s fluff. Perfectly acceptable fluff, but fluff nonetheless.

Ashley Greene plays Lucy, a woman who starts the movie by falling and banging her head on the sidewalk. She is carrying a wedding dress, which makes her think she is very close to her wedding day with Zach (Andrew W. Walker). That isn’t the case though. Lucy has a whole new fiancé (Brad, played by Clayton James). She just cannot remember him, the knock to her head having wiped out her memory of the last two years. If you have seen even one other movie in this vein then you know where this is going. The important thing is that the characters have time for some small-town traditions: picking a great tree, ice skating, participating in the snowman-building competition, and baking a home-made pie that will be sold at auction.

You and I both know that if someone hit their head and suddenly couldn’t remember the last two years of their life then they would, or should, be placed in the care of dedicated healthcare professionals for an extended period of observation and attempted rehabilitation. But this is Christmas TV movie land, which means a doctor just smiles, says they can’t find anything physically wrong, and suggests that the patient just keeps doing what they were doing two years ago and hopes that memories eventually return. Which is exactly what our main character does. To be fair, it eventually works, just in time for the end credits.

Directed by Maclain Nelson, who moved into TV movies after a directorial career he kicked off with the fun Vamp U, this is competently-made fare that is elevated slightly by some of the main cast members. There are no surprises, of course, although it is nice to see more than one main character who needs a guiding hand back to their preferred path, instead of someone being absolutely right while anyone with a different view is absolutely wrong. And the main storyline may revolve around Lucy trying to get her memory back, but that ultimate aim could end up revealing some painful lies, whether they come from other people or from within herself.

I realise none of that is making this film sound any different from the hundreds of other films you could watch this festive season, fair enough, but it’s all sold on the charm of the leads. Greene is perfect for this kind of thing, she is likable and cute and convincingly strong-willed when she knows what result she wants to achieve. Walker is almost equally good, the standard handsome and harmless male who defines the word “safe” and offers support throughout, and James gamely portrays the standard non-true-love interest, trying to be understanding and patient while also being bemused by people who can just spend lots of time being all Christmassy and free from work duties. Preston Vanderslice and Donna Benedicto provide main support, as Zach’s brother and Lucy’s assistant, respectively, and Jackée Harry plays that surprisingly nonchalant doctor.

I liked this. I might even be tempted to rewatch it one day, but it’s worth emphasizing once again that Christmas movies get rated and critiqued as Christmas movies. I wouldn’t choose to watch this at any other time of year, I doubt I will ever rewatch it, but I consider it a good example of this kind of thing. And not just because I really like Ashley Greene (although that didn’t hurt it). 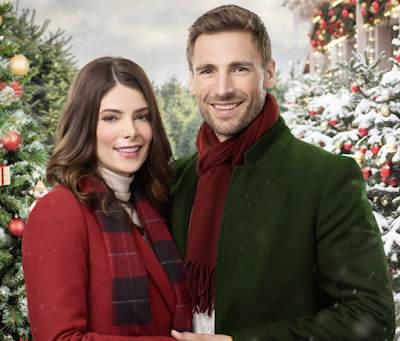