Well, I don't know quite where to begin. It turns out that the career suicide of Steven Seagal may not have been a permanent thing, after all. Urban Justice was flawed but a step up from many of his previous efforts. Pistol Whipped takes things up one more notch and, yes I'll say it, audiences can finally sit down once more to a Seagal movie without worrying about the pain they will have to endure.

Fans of the art of cinema who are eagerly awaiting the next Citizen Kane will still not want to go near any of these simple action movies but fans of the leading man will find plenty of decent sequences throughout to keep them happy.

Seagal plays a cop who was removed from the force amid rumours of theft and dirty dealing. He has a gambling problem, which he likes to accompany with a drinking problem. His debts just keep mounting up until, one day, they are bought by a mysterious old man (actually named The Old Man and played by Lance Henriksen). The Old Man wants the debt repaid with action rather than cash, ordering Seagal to kill certain bad eggs. Seagal doesn't actually mind, he hasn't forgotten his old skills and the bad eggs are really bad eggs. Things change, however, when he finds out information about his old pal, who is now the present stepfather to his daughter.

It's a good film. There. I said it. Okay, there may not be as much actual hand to hand combat as fans of Seagal's fighting style would like but there are a few moments here and there almost recapturing the spirit of his earlier slap-punch adventures. And the shootouts aren't all that bad either, despite some horribly misjudged slow motion during the opening credit sequence.

The acting isn't too bad either. Seagal is never going to put himself on screen with the newest graduates from RADA but Lance Henriksen is usually watchable, Paul Calderon is okay, Mark Eliot Wilson does quite well and Renee Goldsberry is easily one of the better female co-stars that Seagal has had in years.

Roel Reine does a decent job as director and, perhaps more shockingly, J. D. Zeik actually provides a half-decent script, which helps immensely. The whole thing is still ultimately predictable and fairly uncomplicated but the movie is lifted up simply by the fact that you can sense everyone involved actually seemed to be trying to make something decent. 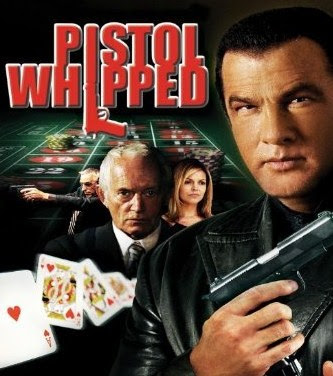