It seems as if I have been hearing about Wounds for a long time, and very little of it was good. Written and directed by Babak Anvari, who previously delivered the great Under The Shadow, his feature debut, it's a horror film that seems to have left many viewers underwhelmed and unsatisfied. I really don't know why, and I personally put it on par with Anvari's first film.

Armie Hammer is Will, a bartender with a bit of a messy life situation. He lives with his partner, Carrie (Dakota Johnson), may have a thing for regular patron, Alicia (Zazie Beetz), and has to put up with crap during his shifts like fights started by Eric (Brad William Henke). And then he finds a mobile phone that contains some disturbing photos and video clips, and makes him a target for who, or what, is at the other end of the line.

Based on a novella - 'The Visible Filth' - by Nathan Ballingrud, Wounds is a slight film that chooses to focus on a fracturing psyche and small moments that hint at a disturbing bigger picture. Moving from the subtle spookiness of his debut feature, Anvari continues to show how good he is at building atmosphere, but this time it's an atmosphere of immediate dread and confusion, once people see certain images that are impossible to perceive as being based in our established reality.

As strange a comparison point as this may seem, and maybe not a positive one for many people, Wounds feels very much like a film running in tandem with Unfriended: Dark Web. It's someone discovering a hitherto-unknown world, one in which those running things seem scarily knowledgeable and powerful, and where the most twisted acts are committed just, well, just because someone thought something up. There may not be any obvious price list, but there's never any doubt that people are paying something, even if it's not with cash.

The only downside of the film comes from the casting. I quite like Hammer in the right role. This isn't the right role. He seems too cocky for a bartender who also seems too old to be at that place in his life (trust me, I picked up some bar work in my early thirties, and felt far too old for it then). Johnson is an actress I have liked in a few other movies, and she can deliver when asked to stretch herself, but she's completely wasted here. Beetz is allowed to shine, albeit momentarily, but she's alone. Henke isn't a good character, he's a plot point, used effectively on the way to an interesting final scene. And you have Karl Glusman as Jeffrey, the young man in a relationship with Beetz's character. He's also not used well, and is actually given one of the worst scenes in the whole film.

I'll forgive the problems in the casting/acting department though. Wounds is a film of ideas, it's one that puts together a number of unsettling moments as things spiral further and further towards the kind of cosmic horror and insanity that Lovecraft fans should enjoy. And it solidifies Anvari's reputation as a very talented director. I hope he gives us some more horror genre work in the future. 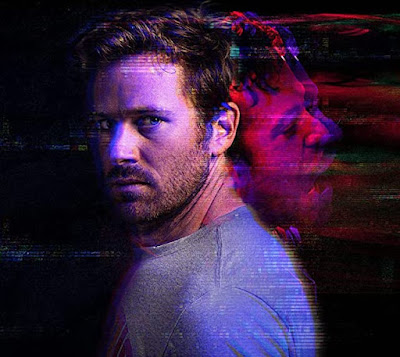