The directorial feature debut of Mark Robson, and the continuation of his working relationship with producer Val Lewton, The Seventh Victim is an odd mix of drama and what I couldn’t help viewing as very dark, and twisted, humour.

The plot focuses on Mary Gibson (Kim Hunter), a young woman who begins her own investigation when she is informed that her sister (Jacqueline, played by Jean Brooks) has gone missing. It isn’t long until Mary meets a few people who may be able to help her in her quest, including a psychiatrist (played by Tom Conway), a poet (Erford Gage), and a husband (Hugh Beaumont) she was previously unaware of. But where is her sister, and what has happened to her?

Like some other movies I have watched recently, The Seventh Victim is best appreciated by people who don’t bring their own expectations to it. The title may suggest a crime thriller (perhaps a serial killer movie) or something supernatural, but what you actually get is a framework that allows some time to be spent examining the power of faith, despite it being in a rather unusual context. This isn’t an unfamiliar topic to Lewton, of course, and you could argue that most of the movies he produced had that at the heart of them, but it’s a slightly less comfortable fit here, although everything still works well enough.

The script, by Charles O’Neal and DeWitt Bodeen, manages to take viewers through an ever-darkening corridor with enough light touches and breathing space to distract from the gloom and doom until reaching a rather bleak final destination. It’s just a shame that the ending isn’t at all satisfying, and the final scene feels more like a punchline than something effectively poignant.

Although Hunter, Conway, Gage, and Beaumont all do well in their roles, they also often feel as if they are starting in a different movie from the one in which a woman has gone missing, and is presumably in danger. Remove a couple of main scenes and you end up with a standard rom-com narrative here. Brooks, on the other hand, benefits from being the endangered woman, with her intermittent appearances creating either more mystery or more danger.

While not a bad film, this is easily the worst of the films I have seen produced by Lewton. It suffers from an identity crisis, as well as some plotting that never feels as tight and well-handled as it should be (especially when you consider the lean 71-minute runtime). I didn’t mind watching it, but I doubt I will ever want to rewatch it. 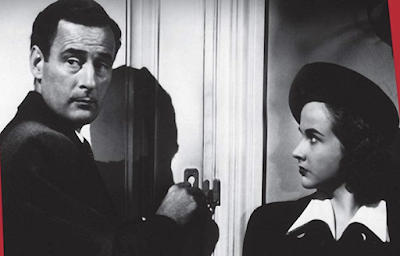