K-Shop is an acerbic commentary on the binge drinking culture of Brits out for a big weekend. It's also interested in the power of minor celebrity in a world that lets these people away with, and sometimes even seems to encourage, some pretty morally bankrupt behaviour. And it's a bit of a kebab-centric riff on the tale of Sweeney Todd. Which would all be much more enjoyable if it didn't run for about 115 minutes, making it feel approximately 100 minutes too long. Writer/director Dan Pringle had a good idea for his feature debut, and I imagine that he may have envisioned the central premise with a couple of main scenes bookending the whole thing, but he then made the mistake of turning into something rambling and irritating, much like many of the drunkards who end up onscreen.

Ziad Abaza plays Salah, a young man who takes a break from his studies to help out his father with the kebab shop that he's been running, thanklessly, for a number of years. The parade of pissed up ingrates soon begin to take their toll on Malik, and his studies. His father ends up suffering even more after one too many incidents affecting his health. And when one confrontation goes too far it turns out that any meat can be added to the rotating kebab. And it ends up being surprisngly tasty, according to some details scattered throughout that end up showing how well the shop does (although this isn't ever at the forefront of the action).

There are moments to enjoy here. The material lends itself to a darkly comedic vibe, obviously, and I can't deny how satisfying it was when Salah finally put certain individuals in their place (and that place is on a kebab). But Pringle never hits the nail on the head. He seems too distracted by a few different ideas that he then dwells on for too long. Take the moments that sketch out the character of Jason Brown (a local z-list celebrity played by Scot Williams). Although he's very much needed in the movie, ultimately, he feels completely superfluous to events. As does a young lad named Malik (played by Reece Noi). And even a woman named Sarah, played by Kristin Atherton. Again, these characters are needed for a number of reasons. But Pringle doesn't use them half as well as he should. Which is a shame, because he bagged himself a pretty great little cast.

Abaza is very good in the lead role, and you stay on his side at almost every moment (although that's also to do with the quality of the acting from those playing his potential victims), Williams is suitably cocky and shallow, while Noi and Atherton show Abaza other potential reflections of himself, and what his influence could mean.

Some might think my rating here is generous. I'm sure the director and his cast would think it woefully below-par. I think it's pretty much spot on. This is a competent film with one or two good ideas. It just somehow manages to both stretch those ideas too thin and not do enough with them, as paradoxical as that sounds. 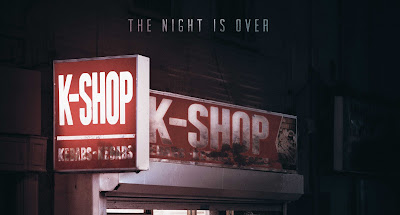