There were a number of movies in the 1980s that tried to successfully sell a premise plunging lead characters into a world where nightmares and reality blurred together. It's not hard to think why, considering that Freddy Krueger was the slasher icon who came along in time to rule the decade. Unsurprisingly, none of these movies could equal A Nightmare On Elm Street, but some did better than others. Dream Demon is one of the others.

The basic plot here concerns Diana (Jemma Redgrave), a young woman about to get married to a young celebrated military hero, Oliver (Mark Greenstreet). The wedding has many interested, especially two horrible paparazzi types (played by Jimmy Nail and Timothy Spall), and Diana's mind is a messy mix of stress and fever dreams, with her nightmares bleeding into reality. She also encounters a young woman, Jenny (Kathleen Wilhoite), who ends up being pulled into all of the madness.

Directed by Harley Cokeliss, credited here as Harley Cokliss, Dream Demon may be a strange film, but it's nestled nicely in a filmography that includes such varied treats as The Glitterball (1977 Children's Film Foundation movie) and the John Carpenter-written Black Moon Rising. Cokeliss also co-wrote the screenplay with Christopher Wicking, a genre veteran also responsible for a few of the later Hammer movies. The emphasis throughout is on atmosphere, which would be fine if Cokeliss and co. didn't think that every dream felt like you were wandering through a Meatloaf video.

Redgrave does okay in the lead role, following the direction that asks her to look scared and/or a bit out of sorts, and Wilhoite brings some welcome energy when she enters the storyline. Greenstreet is essentially there to be an unworthy potential spouse, and both Spall and Nail are pretty over the top from their very first scene, pestering Redgrave in their normal guise before becoming main elements of her panic-filled nightmares.

Although you can see everyone involved trying their hardest to sell this, Dream Demon just never works that well. The nightmares don't really delve enough into the potential surrealism and strangeness, the main characters aren't really that interesting, even as you learn more during the third act, and nothing here is actually scary. In fact, the best moments look as if the crew have found some old sets from Hellraiser (just the areas that are shown behind the walls) and quickly grabbed some footage while they could.

I can't really say that it's ultimately worth your time, yet I found it fascinating as I watched it all unfold. It's an oddity, and oddities are always at least more interesting than, well, . . . non-oddities. 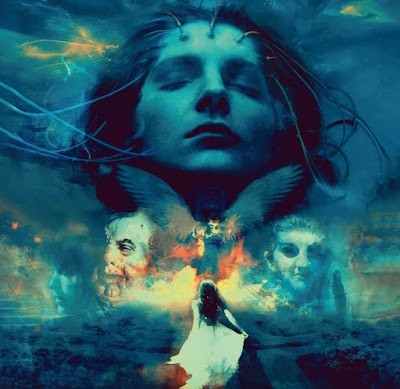