As a straight, white male, it is sometimes frustrating to look around at current events, and events that have been repeated throughout our history in an ongoing case of the worst deja vu possible, and feel unable to do anything more to help, or to be a visible and vocal ally. This happens when I see the LGBTQ+ community fighting for rights, it happens when I see the ongoing divide between sexes, and it happens as people make use of building momentum to try and convince people that centuries of exploiting, abusing, and killing black people isn't something that should be continuing throughout the modern age.

I LIKE to think that my attitude always shows where my loyalties lie (which means, basically, I support the rights of every human to be treated like a human should be treated), but I know that I can't do as much as many others manage. I don't always use my small platform in the most effective way, which is partly due to the fear of being, as mentioned, a straight, white male. It makes it advisory not to try and lead any conversations within the demographics that I am not a direct part of.

And all this is just a way of me explaining my decision to watch The Black Power Mixtape: 1967 - 1975, a documentary I had originally intended to watch a number of years ago at the Edinburgh International Film Festival. It was pulled from the festival, not sure if that was a rights issue or the film just wasn't finished in time, and I wasn't sure I would ever get a chance to see it. But now here we are. The timing couldn't really be more perfect, and I am sure Göran Hugo Olsson, the credited director, will be very happy if this becomes the time for more people to discover what stands out as a vital historical document.

Compiled from 16mm footage that was filmed by Swedish journalists decades ago, it was due to be screened on Swedish television, this documentary looks at a turbulent era in American history, although I realise how things today seem a lot more incendiary, which had prominent African Americans trying to lead a literal fight back against the suppression of their rights and abuses of power. You get some great conversations with Stokely Carmichael, Angela Davis, Huey P. Newton, and others, as well as footage of Dr. Martin Luther King, Jr, and many others who were trying to effect change at the time. Overlaying this footage is some modern commentary from people such as Questlove, Harry Belafonte, Melvin Van Peebles, and many more.

Always worth your time, The Black Power Mixtape 1967 - 1975 has now taken on much more resonance, especially while you can compare the arguments, protests, and problems onscreen with everything going on in the world around us right now. Nobody who has been watching the news and tries to pull the shitty "all lives matter" card will have their mind changed by this, sadly, but it may just prove to some people why everyone involved in current protests are seizing the opportunity to join with so many allies around the world and push for something long overdue, global pandemic or no.

There's never been a good time for a protest, as deemed by those who want to put themselves in charge of such allowances (generally . . . rich, white people). This may be the worst time for such massive protests. Which means it also may just be the best time for them. Here's to change, hopefully it is coming, and here's to being able to view this documentary as a testament to the enduring spirit and tenacity of those seeking to disrupt the established systems and force that change. 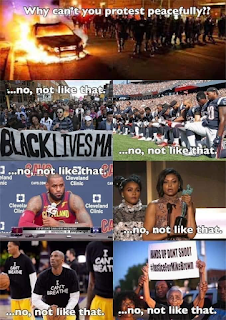