A Nightmare On Elm Street 2: Freddy's Revenge is undoubtedly one of the strangest, perhaps THE strangest, second instalment in any slasher movie franchise. It's certainly the most bizarre instalment to follow on from an original film featuring one of the major slasher icons (e.g. Freddy, Michael, Jason, Leatherface, Pinhead, Chucky, and co.) and everyone who caught it when it was first released was a bit taken aback by it, I think it's fair to say.

The thing that made it so unusual is just how gay it all is. No, I don't mean that in a derisory and insulting way, although I am sure some have that attitude to it. It's just that the film has a homo-eroticism to it that, although interesting and unique (certainly for the time it was made), unbalances the whole thing. People wanted more Freddy. This didn't really give them as much screentime for him as they hoped, focusing instead on the young man who was going through a variety of disturbing changes while he felt another man growing inside him. Yes, I phrased the plot that way deliberately.

That young man was played by Mark Patton, and Patton got a lot of grief when the movie was released. He was blamed for turning the subtext into text, he was tagged as an openly out gay actor not right for the role (Patton was not out at the time), and the experience really soured him on the showbusiness life.

This documentary, directed by Roman Chimienti and Tyler Jensen, shows the long and hard journey that Patton went on, and gives him a chance to seek some answers, and some closure, about his experience in the Elm Street series. It's worth your time if you have even the slightest bit of interest in Patton's story, and the story of Freddy's Revenge, and it's amazing to hear from people who still seem oblivious to what they were making back then. It's also amazing to hear just how quickly both Roberts (Englund and Rusler), as well as Clu Gulager, acknowledge that they knew exactly how the material was intended to play out, while some people, like director Jack Sholder and writer David Chaskin, continue to push back against the idea.

It's a strange experience though. I wanted more of this documentary to focus on the making of the film itself, and perhaps a bit less time finding out about the like of Patton, but it's hard to watch this and not accept the fact that the two are inextricably intertwined, that Patton's life was irrevocably changed by his experience with the movie, so the two seemingly separate journeys are really just the one journey. The film is a weight, baggage, that Patton has carried with him for the past few decades, and here he finally gets to make some other people realise what was put on him, that shouldn't have been. People washed their hands of the film, only starting to return to embrace it when it because an enduring cult hit (especially among the gay horror community).

SPOILER WARNING - the biggest problem, and one that drops this down a notch or two, is Patton seeking some kind of catharsis that he ends up having to give to himself. He FINALLY receives an apology from someone he thought would never provide one, but it's an absolutely infuriating "non-apology". It's not an "I'm sorry I did this" kind of thing, but rather an "I'm sorry you felt that way" statement. And Patton, as well as everyone watching, deserves better.

Not a bad little doc to spend some time with, but it ultimately feels more like something made for the benefit of the central figure than any viewers. Having said that, nobody should begrudge him that time, not after everything that he's wrestled with over the years. It's a great shame that it essentially ends at the same place it begins, and I think people have just spent too long already being obstinate about their view of the film. 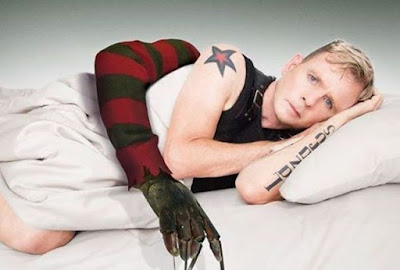