Prime Time: Seeking A Friend For The End Of The World (2012)

The directorial debut from Lorene Scafaria (who recently entertained audiences with the very enjoyable Hustlers), what you get here is a drama with some weighty themes that benefits enormously from a great script (written by Scafaria) and a pair of winning lead performances.

There's not long left. An asteroid is heading to Earth. The end is very much nigh. And things are made worse for Dodge (Steve Carell) when his wife leaves their car and just runs out of his life. So many people are taking the upcoming end of days as an excuse to cut loose and enjoy their time without real consequences, but Dodge just wants to connect with a special someone before it's too late. He ends up working towards this aim with a neighbour, Penny (Keira Knightley), and their journey takes some interesting turns, despite the knowledge that they're not going to have a happy ending.

We've seen films similar to this before. Someone finds out they don't have long to live, which in turn leads to them finally doing things they always wanted to do. The big twist here is that the new lust for wanting to make the most of a very truncated lifespan applies to pretty much everyone in the world. Many people indulge in a fair amount of hedonism, some riot, and some try to take control of their fate in other ways. Dodge actually acts quite normally, considering the circumstances. Although it may seem foolish, or like a missed opportunity, he is determined not to use the upcoming ELE to completely change how he lives his life. The biggest change he makes is being in the company of Penny, which is enough to lead to cause some serious repercussions.

Carell is superb in his role, no surprise to those who have enjoyed his dramatic work for a number of years now (he's as good with the drama as he is with the comedy, and I love his comedy work), and Knightley gives one of her best performances in a non-period film. The two work well together, an unlikely pairing made a lot easier to believe in thanks to the unusual circumstances that have led to them growing closer after a long time of not really taking any notice of one another. Connie Britton and Rob Corddry are a married couple viewing the limited time left as an excuse to be totally free, Adam Brody gets a few minutes of screentime, and you get some nice little turns from Melanie Lynskey, Martin Sheen, T. J. Miller, Gillian Jacobs, and quite a few other familiar faces.

Scafaria certainly doesn't feel like a first-timer here, directing with skill from her excellent script. This could easily have been either too light or too dark, making the casting of Carell in the lead role an extra risk, but she gets the tone perfect throughout. This manages to be bittersweet in the best way, providing a worthwhile journey for the main characters without letting viewers forget that, whatever happens, everything is still set to end when that asteroid hits.

Sweet, touching, different enough from many other movies you may have seen in this mould, Seeking A Friend For The End Of The World is one to prioritise on your viewing list. Definitely watch it before humanity goes extinct. 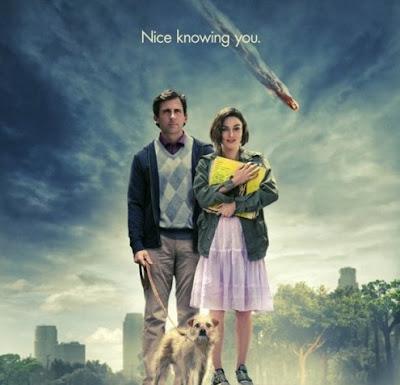