Well, for better or worse, The Dead Don't Die is a zombie comedy from the wonderfully quirky Jim Jarmusch. There's a superb cast, a whole lot of potential, and, well, that's all it ends up having. I had heard a lot of the negative talk about it, it seems very hard to find any reviews that are actually positive, but I still held out hope that it would work for me. It didn't.

The plot is simple. A small town police department finds that they face a unique problem when the dead start rising. It could be worse though, maybe. Chief Cliff Robertson (Bill Murray) may not know what is going on, but Officer Ronnie Peterson (Adam Driver) seems to immediately recognise the beginnings of a potential zombie apocalypse. Officer Mindy Morrison (Chloë Sevigny) tries to follow the lead of her colleagues, while local mortician Zelda Winston (Tilda Swinton) catches on very quickly, and is handy with a sharp sword.

Very odd, but not in the right ways, The Dead Don't Die is even more disappointing as the Jarmusch take on the zombie film following on so soon after the Jarmusch take on the vampire film (the super Only Lovers Left Alive). Unlike that film, which managed to provide a fresh spin on vampires while also utilising so many familiar beats, The Dead Don't Die sees Jarmusch delivering a zombie film that shows him very disinterested in the actual zombies. There are some fun scenes, intermittently, with the shambling undead acting on whatever main purpose they had in life, and a few wonderful little meta moments, mostly delivered by Driver, but the overall feeling is one of carelessness and laziness.

The cast works though, even if they're not given material worthy of their talents, and at least Jarmusch got everyone together to at least attempt to live up to the advertising line of "the greatest zombie cast ever disassembled". Murray and Driver work very well together, both deadpan and dry in different ways, and Sevigny works well alongside them, despite being given very little to do. Swinton is very amusing, Caleb Landry Jones is a horror movie fan who also ends up realising early on what is happening, and you also have fun little turns from Danny Glover, Steve Buscemi, Selena Gomez, Carol Kane, and Tom Waits.

There's no denying that it's a bad film though. I tried to be charitable, and I HAVE, but it's hard to think about this after the end credits have rolled and not feel more and more disappointed with the final result. I think it would be unfair to ever expect anything more standard from Jarmusch, that's not really his style, but it would have been nice to have something that just decided to cut loose and go wild, either providing a lot more zombie activity throughout or just leaning so much more into the meta madness.

The dead may not die, but your sense of enjoyment will as this sedately meanders along from start to finish. 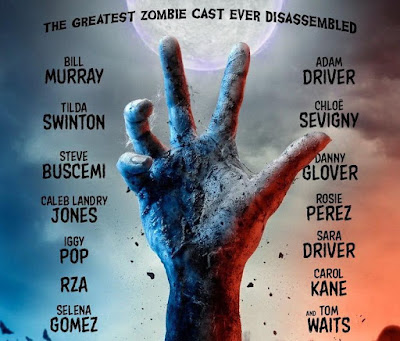