An action thriller loved by a lot of people, thanks in no small part to a car chase in the second half that ranks very highly in the echelons on great automotive set-pieces, Ronin is a film I didn't love when I first saw it, but I picked up a shiny disc release of it anyway, and I have now revisited it for the first time in decades. It turns out that I still don't love it.

The overly-convoluted plot can be boiled down to one main description, a team being put together to get hold of a valuable suitcase. The most talented member of the team seems to be Sam (Robert De Niro), a man who used to be a top agent in the CIA. Natasha McElhone plays Deirdre, an Irish woman who is working for employers who want the job done without having to give out more information than necessary.

Although De Niro is the star of the show, essentially, Ronin benefits from a top-notch ensemble cast that also includes Jean Reno, not in his best role but used better here than he has been in many other English-language movies, Sean Bean, Stellan Skarsgård, Jonathan Pryce, and Michael Lonsdale. Not that everyone is as well utilised as De Niro. Bean is disappointingly wasted in his small role, and both Pryce and McElhone are saddled with accents that they don't really manage that well. They're far from the worst I have ever heard (Justin Theroux still sits high on that tree for his atrocious accent mangling in Charlie's Angels: Full Throttle), but they're off enough to be slightly distracting, which may well just be down to me being used to Pryce and McElhone speaking in their native accents for most of their roles.

Written by J. D. Zeik, his first feature script, it's unsurprising that the muddled plotting sags around some great character moments. This seems to focus on dialogue first, set-pieces second, and then the logic of the plotting last. The great David Mamet also helped to polish things up, but there aren't any lines here that feel up to his usual high standard.

Director John Frankenheimer has a filmography full of very missable, but equally worth seeking out, titles. The Manchurian Candidate (1962) is arguably his best film, released in the same year as his other top contender, Birdman Of Alcatraz. Considering his filmography, Ronin is pretty much what you might expect from him. It's good, and I cannot praise the car chase in the second half of the film highly enough, but it's strange to think back to when this was released and remember the amount of love it seemed to get from everyone. I suspect everyone was just relieved in the late '90s to watch an action movie that wasn't yet another slickly packaged, and hyperactive, Simpson/Bruckheimer joint.

If you're a fan of the cast members, if you're a fan of slick action thrillers, or if you just want to see something that feels like a bridge between one mainstream stylistic choice for action sequences and what would become more prevalent in the 21st century (e.g. this feels like a very clear dividing line between the bombastic excess of many previous films and the likes of The Bourne Identity and the next incarnation of James Bond that would come along in the years preceding it), then this is still worth a watch. It's just a hard one to love. 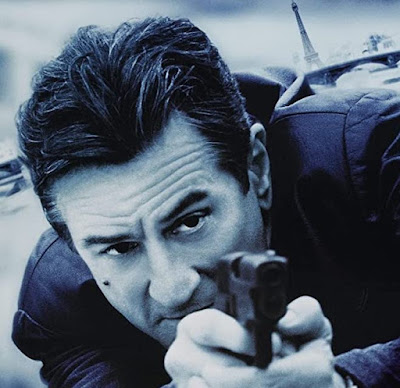