The plot of this movie concerns a scientist (William Hurt) conducting experiments on himself with the use of sensory deprivation equipment and a hallucinogenic substance. The results are astounding and unexpected, leading the scientist to believe that he may actually be witnessing lifeforms from way back in time. In fact, he also believes that he is physiologically altered during his sessions. This is something that his colleague/helper (Bob Balaban) doesn't want to believe and neither does the man allowing them to use his lab space (played by Charles Haid). As the experiments continue, everyone becomes more and more worried about the sanity of the scientist. His wife (Blair Brown) can't stop him and fears for his mind but becomes even more worried when she allows herself to be convinced that maybe he's telling the truth.

There's plenty of psychobabble and philosophical musings here, thanks to the script by Paddy Chayefsky (adapting his own novel), and Ken Russell compliments the words with surreal and truly bizarre visuals. The effects throughout are pretty good, often wrapped in a shroud of drug-induced haze.

The onslaught of strange ideas and strange imagery may have been too much to bear if Russell hadn't managed to get himself a great cast to hang everything on. Hurt is, of course, a great actor and someone who possesses the intelligence to convince in a role such as this one. Bob Balaban, Blair Brown and Charles Haid all lend great support and the way they are torn between helping out a brilliant scientist and wanting to keep him safe is fairly well realised, considering the outlandishness of the central premise.

Funnily enough, for those more familiar with the work of Russell, this is actually a more straightforward movie from the man compared to many of his other films. Yet it still has plenty of individuality and personality, certainly enough for you to recognise it as the product of a film-maker who was never less than interesting. 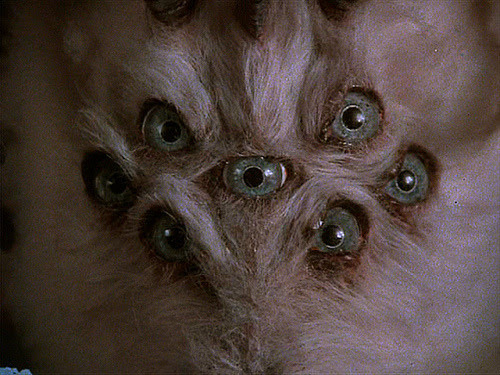