AKA The Wistful Widow.

One of the best movies starring Abbott & Costello, this comedy Western contains a great mix of verbal and physical humour and has considerably less of the annoying mugging and childish behaviour that Lou Costello had been making his trademark over the preceding decade. He's still a naive and nervy "little boy" but doesn't need to make funny whining noises and/or do a double-take every two minutes.

The plot sees our two leads heading in to a dangerous town to try and make a buck or ten. They're only there for a few minutes when someone dies and Lou gets blamed for it. Thankfully, instead of being given a death sentence the two men are ordered to support the widow and family of the deceased and to help pay off the dead man's debts. This is demoralising and tiring for Lou, who has to work from sunrise to sunset, but things take a turn for the better when he realises that nobody wants any harm to come to him. Why? Because if they are found responsible for his death then they have to take over the responsibility and put up with the fearsome widow. Having found the secret to becoming almost untouchable, Lou is made the sheriff of the town and begins to enjoy himself a little. But there's always going to be a time when a sheriff, even an apparently untouchable one, will get into some serious trouble.

Director Charles Barton gets plenty right here. The script (by John Grant, Robert Lees and Frederic I. Rinaldo) helps a lot, as do the performances, but Barton brings everything together in just the right amounts. Abbott and Costello fans will enjoy the standard A & C comedy but there are also many moments for fans of standard Westerns to enjoy.

Marjorie Main is very entertaining as Widow Hawkins, as is George Cleveland (who plays the Judge), while Gordon Jones, William Ching, Audrey Young and the others onscreen all do very well. The two leads, as already mentioned, are on top form with a mix of one-liners and enjoyable physical comedy.

Definitely a movie that fans of A & C will want to see and, hopefully, love as much as I do. 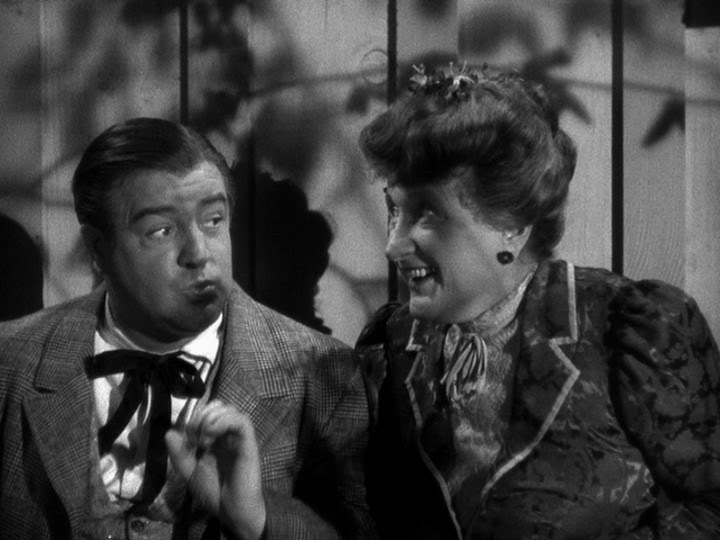