Dario Argento is, quite rightly, regarded as a master of horror and has given fans a lot to enjoy over the years. Deep Red may be almost 40 years old by now but it holds up as one of his best films. A sleek and stylish giallo movie with a number of brutal death scenes and nice bit of investigation leading our hero (played by David Hemmings) towards a revelatory finale, this remains a film that you can bring forth as evidence of a master craftsman when arguing against any naysayers.

Of course, there will always be those who tell you that Argento does nothing more than ride on the coat tails of the great Mario Bava but this isn't true. There is SOME truth to it (the visual style and the setting of many scenes are reminiscent of Bava's work) but Argento is, in my view, the man who really helped to show just how involved the camera could be with all of the action. Bava had the style and some nice camera moves but Argento allows the camera to become a free spirit, floating hither and thither in a way that added a layer of balletic choreography to almost every scene.

Sadly, the scripts never tend to come up to the same level of quality as the visuals but Deep Red is one of the better attempts to marry proper movie dialogues to the bloody set-pieces. Sometimes it almost works (the conversations that Hemmings has with Macha Meril, who plays Helga Ulmann, for example) and sometimes it doesn't (pretty much any conversation that involves the character played by Daria Nicolodi).

Never mind though. A picture paints a 1000 words, as the saying goes, and there has never been more apt defence for the works of the great directors who know exactly where they want the camera to be while not always concerning themselves with the actors. Argento certainly fills each scene with enough mood and substance to make up for the weak script.

Deep Red remains an essential giallo for fans of the subgenre and is just as good an entry for newcomers as any other film that I can think of. If you haven't seen it yet then do so ASAP. 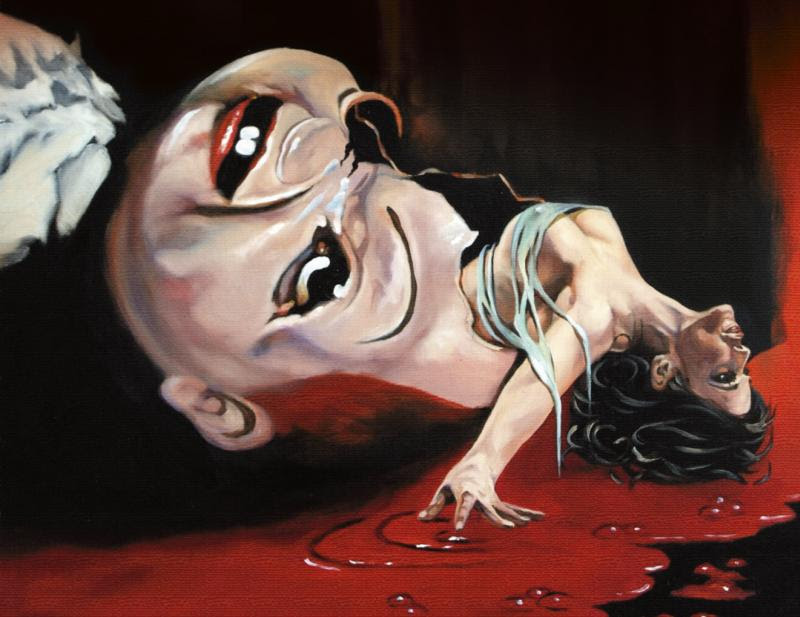