With Charles Barton directing once again and John Grant helping out with the screenplay, this is an Abbott & Costello movie that showcases our comedic duo at their easygoing best. It's not their finest hour, perhaps due to the source material (a play by Herbert and Dorothy Fields featuring Cole Porter musical numbers that were left out of the movie), but it's a lot of fun from beginning to end and features one or two truly wonderful routines.

Our two leads play a couple of conmen who end up making some money in Mexico. Of course, Lou is as oblivious to the real nature of the schemes while Bud tries to do whatever it takes to ensure the success of another great scheme. Things don't go smoothly and on the way there are amusing encounters with local food, a memorable elocution lesson and even some dangerously close contact with a bull.

While Mexican Hayride suffers in direct comparison to the previous A & C outing, the classic Abbott & Costello Meet Frankenstein, it definitely keeps the quality level in line with most of their other movies that Charles Barton oversaw. Many people claim that he was the best director the boy ever had and it's hard to argue with that when you see him allowing the boys to play to their strengths time after time.

The script is by John Grant and Oscar Brodney, it's not quite a laugh-a-minute but there are plenty of one-liners and quick exchanges to keep fans happy. The cast all do well (especially Luba Malina as Dagmar) but they only float in and out of the picture to fill out the scenes in between the comedy set-pieces, which is as it should be when the leads are on such great form.

This is yet another fun outing for A & C from a time that, arguably, saw them at their very best. 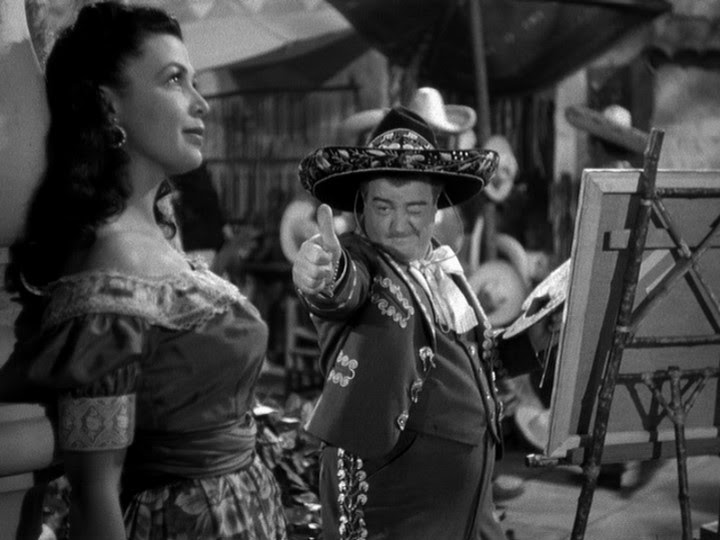