Based on a horrible true story, involving the killing of three civil rights activists (also covered in a 1990 TV movie with the same name as this, as well as Mississippi Burning), this little slice of shocking entertainment is both important commentary on a sadly typical situation and also sleazy exploitation throughout.

Sheila Britt is Carol Lee Byrd, a white woman who accompanies a number of civil rights activists to a small Southern town, with everyone intent on encouraging African Americans to sign up for their chance to vote. The local law, headed up by Sheriff Engstrom (Derek Crane), doesn't take kindly to this, leading to intimidation, violence, and death.

It's easy to dismiss Murder In Mississippi for the insensitive attempt to make a quick buck it clearly is. It may be the first of only two scripts written by Herbert S. Altman, but director Joseph P. Mawra already had a number of films under his belt, mainly focusing on "shocking, real footage" of modern women who love other women and the exploits of a madame named Olga. It's obvious that Mawra knew what he thought he could do to entertain audiences and make a profit on fairly minimal investment, and there are a number of scenes in this movie that work in that way.

Surprisingly, there are also a number of scenes that almost take the film to another level, despite the near-uniform poor standard of acting on display. Engstrom and his two main cronies, Phil and Andy, are so despicable, yet also so easy to believe in, that they always provide a sense of palpable threat, even before things get more serious at the end of the first act.

Few things scare me more than the thought of being at the mercy of people happy to abuse their position of authority, and that helps Murder In Mississippi have some power that it otherwise would lack, although that starts to ebb away during a middle section that stretches things too far and introduces a number of unnecessary supporting characters (including Richard Towers, playing the brother of Sheila Britt's character). But just when you may be ready to dismiss it, just when you think it has nothing else to deliver, there's a nightmarish sequence that uses clumsy editing and close-up camera shots to deliver a memorable helping of vicious mutilation.

I've mentioned the acting already, and there aren't any individuals I think are worth singling out. The villains of the piece - Crane, as well as Sam Stewart and Wayne Foster, playing Phil and Andy - benefit from being allowed to be so scuzzy and horrible that you almost want to give yourself a body scrub after spending some time with them. The others don't. Towers is at least fun in the way that he swans into town as the cool cat he is supposed to be, but Britt is left to play the helpless victim for most of the runtime, which is more frustrating when she finally speaks out about her original motivation for getting involved with the activists.

It's trashy, it's overlong, even at just 84 minutes, and it's in pretty poor taste, when you consider how soon it was rushed out after the real murders that inspired it. Despite that, it's also surprisingly effective when it comes to showing real evil, and how it is allowed to thrive while other people don't do enough to combat it.

Here's a R1 DVD available.
And here it is for Americans to order. 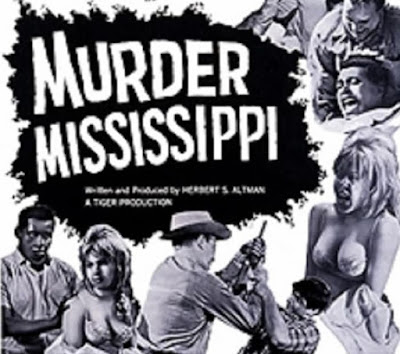