There are two things certain in our world, so we are told. Death and taxes. Add one more thing to that list though. Any film from Ingmar Bergman is worth your time. Having now seen what I feel is a good number of his movies, I have yet to experience one that didn't enrich my life. Port Of Call may not be one of his best films, but it's another solid piece of work.

Things begin with young Berit (Nine-Christine Jönsson) trying to drown herself in the sea. She's clearly a very unhappy young woman, and the rest  of the film eventually shows us how her life led up to that moment. There's a chance of happiness though, as she forms a relationship with a sailor named Gösta (played by Bengt Eklund), but the chances of them staying happy together are greatly reduced as Berit struggles to be honest with him about major events in her life.

Looking at the topics of depression, young love, and even unwanted pregnancy (and what lengths young women will go to in order to have that particular problem solved), Port Of Call feels both old-fashioned and very much ahead of the curve. If you'd thrown some horny young males into this cast then it wouldn't be a million miles away from the likes of Lemon Popsicle (which came along three decades later). It's a film about history affecting the present, and one which shows how much more damaging mistakes can be when you're making them without the knowledge that the adults are sometimes correct when they tell you that one day things will get much better, and you won't even think about something that once seemed to life-altering.

Jönsson and Eklund are both very good in the lead roles. The former is full of a manic energy that rises and falls in a way much more familiar to modern viewers for what it reveals than it may have been to audiences of the late 1940s, and the latter is doing his best to remain unaffected by someone who, when it comes down to it, has already affected him greatly. Bergman always seems to cast well, and he also picks the best people to portray Berit's mother (Berta Hall), and a young friend named Gertrud (Mimi Nelson). Erik Hell has a small, but vital, role, as Berit's father, and there are decent performances from Birgitta Valberg, Hans Strååt, and Sven-Eric Gamble, to namecheck a few.

The direction from Bergman is as you would expect, and he also wrote the screenplay (based on a story by Olle Länsberg), picking away at the wounded youth with the care of a parent who wants to take off a septic scab before cleaning and redressing the affected areas. It's precise and incisive, as relevant today as it was when it was first released.

The film may take viewers through a number of highs and lows, but there's always a hint of optimism, stemming from the fact that Berit has youth on her side. It's not always easy to see, hidden behind the obfuscation of Berit's own mindset while she views her current situation as a hopeless one, but it's always there. Or maybe that's just me. Maybe the film, like many Bergman films, allows that small gap into which you can slide in some of your own baggage.

This is really the only Bergman purchase you need. 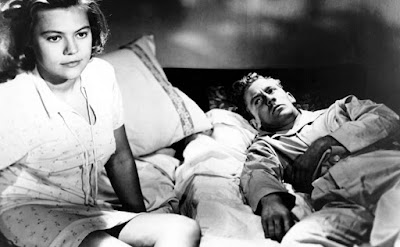