It's all a joke, surely. Steven Seagal is just waiting for the day when he gets on a talk show and reveals that the past 20 years of his life have been nothing but one extended performance piece. It's the only explanation that makes sense. Kill Switch almost amounts to something watchable and entertaining. But before it can reach any level of quality, Seagal and an editor with ADD make sure that the whole thing gets spoiled.

A tough cop with his own way of doing things gets in a bit of trouble while trying to bring two different killers to justice. Can you guess who plays that tough cop? Of course, Mr. Seagal. Why he decides to play him with the worst accent he's ever attempted to date is completely beyond me. We all knew that Seagal could be "gangsta" after his searing performance in Today You Die but this time around he plays some po' distant gospel preacher cousin of Richard Pryor.

Seagal also wrote this movie, probably with all the time he has on his hands now just watching his army of stunt doubles churning out non-theatrical action flicks, and it's also unsurprising to find that the script is pretty lacking most of the time. To be fair, it has some decent moments scattered here and there but there isn't anything here worth remembering or quoting. Or even hearing for the first time. It's cliched, drawn out longer than necessary and occasionally outright laughable.

Director Jeff King just makes things worse with one stupid decision after another. That's probably the biggest, and most unusual, negative point here. Somewhere buried under the dross is a decent enough action film for undemanding fans of the star (let's be honest, any "demanding" fans left the sinking ship a long time ago). Despite the cliches and the stupidity of the plot points, the fight sequences and the action genre standards could have made for passable entertainment without the overediting and recycled footage. The scene near the beginning of the movie of someone being thrown out of a window features so many repeated shots that it starts to feel like a joke.

The supporting cast doesn't make any impression. Isaac Hayes has a small role, and it's nice to see any familiar face other than Seagal in a Seagal movie, but everyone else either plays a standard law enforcement type, an over the top killer or just someone dumb enough to pick a fight with our hero.

Overall, not a spectacular failure but there are enough bad choices to stop it becoming anything actually approximating good entertainment. 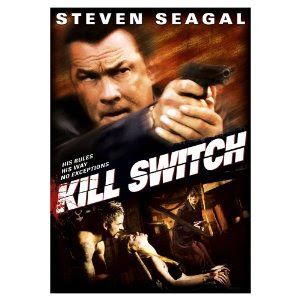