It might not have been the smoothest shoot ever compared to many other Abbott & Costello movies but, regardless of that fact, In Society stands up as yet another of the better outings for our comedy duo. It mixes some standard fast-talking exchanges with a number of hilarious set-pieces and some fun stunt work in the second half.

Bud and Lou are a pair of pretty incompetent plumbers for this outing. They end up being called out to a big job during a fancy dress party and get a lift from their friend, Elsie Hammerdingle (a female cab driver, played by Marion Hutton). Elsie is spotted by rich bachelor Peter Evans (Kirby Grant), who won't believe that she is actually a cab driver, and a relationship develops. Events conspire to get everyone attending another high society party where a valuable painting catches the eye of a greedy criminal, Lou has a thrilling time taking part in a fox hunt and everyone may well be revealed for who they really are.

Directed by Jean Yarbrough (with a couple of major scenes directed by an uncredited Erle C. Kenton), In Society showcases two stars at the height of their success, in my opinion. Bud and Lou probably won't win you over if you've never liked their style but the same can be said of almost any other comic talent of the era (and, indeed, of any era). They managed to create two comic personas that they could then slip on like a tailor-made suit and their movies really became more entertaining as the performances seemed to become easier and easier.

Marion Hutton and Peter Evans are perfectly fine in their supporting roles, while Margaret Irving, Ann Gillis, Arthur Treacher, Thomas Gomez and Murray Leonard also do very good work with a variety of characters all displaying a variety of upbringings and personal goals.

The script, involving a number of folk including the constant A & C companion John Grant, has very few weak patches and more than its fair share of absolutely brilliant moments, with the best being the whole skit about "The Susquehanna Hat Company". Even the few musical numbers are enjoyable and don't overstay their welcome.

Fans will most certainly want to see this one and will, most likely, enjoy it as much as I did. 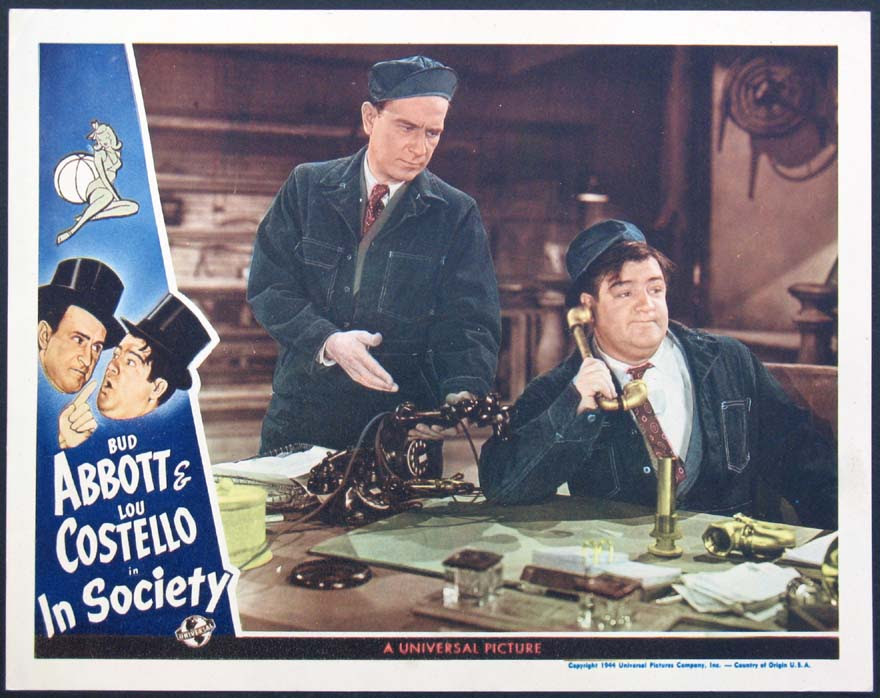