A Disney swashbuckler with little swash or buckle, The Sword And The Rose somehow remains a good adventure yarn that takes a number of liberties with some historical figures.

It is the reign of Henry VIII (James Robertson Justice) and he is determined to send his sister, Princess Mary Tudor (Glynis Johns), to wed Louis XII (Jean Mercure). But Princess Mary Tudor has other plans, she is headstrong anyway and this is made worse when she falls for Charles Brandon (Richard Todd). Of course, any plans that the good lady has to be with Charles, a common man, places them both in severe jeopardy and the situation is worsened by the scheming of the smitten Duke Of Buckingham (Michael Gough).

Directed by Ken Annakin, with a screenplay by Lawrence Edward Watkin based on the novel "When Knighthood Was In Flower" by Charles Major, there's a lot here to enjoy even if nothing stands out as truly great.

The biggest bonus for the film comes from the performances. Todd is a fine hero and Johns is both beautiful and sassy. James Robertson Justice is highly entertaining as Henry VIII and Michael Gough makes a great, scheming villain.

It also runs for a brisk 92 minutes and so never outstays its welcome. As an outright adventure it may not have quite enough energy or derring-do but as an entertaining tale that mixes romance, comedy, treachery and some grand feats I'd have to say that this edges ahead of the similiar treatment that director and writer gave to the Robin Hood story. It's a mix of tunics, tights, technicolor and even one or two amusingly risque (for the time) moments that will keep you entertained for the duration.

Oh, one last thing, the scene in which Glynis Johns tries to pass herself off as a boy in order to stay close to Richard Todd is, surely, one of the most unconvincing attempts by a woman to appear as a man and also an inspiration for the great use of the character "Bob" in a number of Blackadder episodes. Watch the movie and tell me I'm wrong. 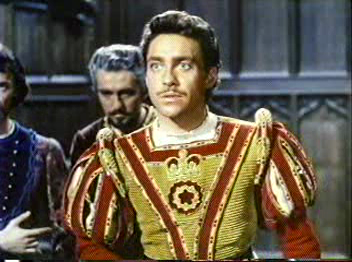