Look, I didn't get to reach my mid-40s without being aware of how far removed Watership Down is from the image of animated fluffy bunnies frolicking around I had in my mind as a child. It may have taken me far too long to see it, although I thought I was somewhat mentally prepared after having seen The Plague Dogs (from the same team) some time ago, but I knew what to expect. Well, I thought I did.

The story is simple. A group of rabbits (led by Hazel and Fiver, voiced by John Hurt and Richard Briers) leave their warren to seek a new home, due to Fiver having a vision of some major doom heading their way. Their journey is a perilous one, and they meet a variety of characters, some of them who become friends and many who show themselves to be enemies.

People speak about Watership Down with a mixture of emotions. It's a favourite, it has some lovely moments, and yet it traumatised many who didn't know what to expect, especially those who saw it closer to the time it was initially released. Some people may warn you if you're about to check it out for the first time. And you steel yourself. You know that not all of these bunnies are going to have a happy life. You know that there are going to be moments of darkness and danger.

What you may not know is that this is an almost non-stop barrage of bloodied bunny bodies in a tale that amounts to little more than intense rabbit genocide for much of the runtime. Construction development, gas, a snare, a cat, a dog, other rabbits, a shotgun, natural causes, these rabbits face danger and death at every turn. The film starts with the entire species being cursed by a god it has been a bit cheeky to. The entire species doomed to be hunted forever.

And don't start me on "Bright Eyes", a beautiful song written by Mike Batt, and performed by Art Garfunkel, that I always assumed would be at least a moment of lovely relief from the pain and death onscreen. Yeah . . . no, it isn't. Not at all. "Bright Eyes" plays while a rabbit spirit is heading over to join the others in the rabbit afterlife. It's not a sweet song to accompany the visuals, it's a bloody elegy. All of these years I have spent knowing the song, humming or singing it at various points in my life, and it must have sent any rabbits within a 40-metre radius into hiding, wondering which of their furry friends had just died.

Writer-director Martin Rosen (adapting the Richard Adams novel) does a good job, I guess. I begrudge praising him because of how traumatic the whole thing is but it's actually well-judged in terms of how to absolutely upset younger viewers while allowing the beautiful animation to soften the harsher imagery. This is a film that must be watched as a rite of passage, although I feel sorry for any parents who settle down to watch this with their children without enough tear-wiping accessories to hand (have a box of tissues, an old t-shirt, or even a towel, to hand).

The voice cast is wonderful. So many of the supporting roles also sounded familiar to me, although I couldn't pinpoint every voice, but Hurt and Briers are the heart and soul of the film. Michael Hordern and Ralph Richardson are quite instantly recognisable, due to the memorable timbre of their speech, and Michael Graham Cox, John Bennett, Simon Cadell, and Roy Kinnear are all worth mentioning, as well as Lynn Farleigh, Hannah Gordon, Nigel Hawthorne, Derek Griffiths, and, almost managing to lighten the mood slightly, Zero Mostel, who voices a seagull named Kehaar. I'll also single out Harry Andrews for the fact that he plays Gen, Woundwort, arguably the scariest character in the movie.

Watership Down is an absolute classic. I just don't know when I will be ready to watch it again.

You can buy the movie here.
Americans may want to wait until there's something at a better price. 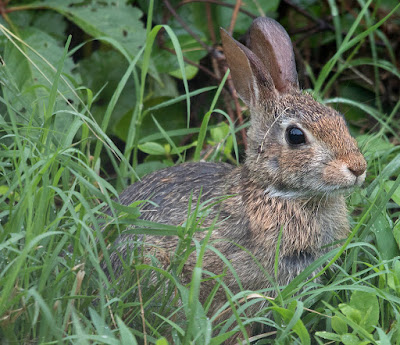