Director Todd Phillips, who also co-wrote the screenplay for Joker with Scott Silver, isn't really someone you might associate with gritty and compelling psychological dramas. He sets out to change that here, and many people view it as an absolute success. I really like Joker, but there are two main points (maybe three) that drag it down slightly, which I will get to in due course.

Joaquin Phoenix plays Arthur Fleck, a man with some serious mental health issues, and a pretty poor quality of life. He wants to be a comedian, but he's not good at making people laugh. He may, however, be good at laughing while he plans to get revenge on people around him. But his fortunes may change if he gets the chance to appear on the chat show hosted by Murray Franklin (Robert De Niro).

Okay, first of all, a lot of people have criticised Joker for being little more than a diluted mash-up/reworking of Taxi Driver and The King Of Comedy. I'm not going to wield those reference points as weapons in any criticism of the film, because I feel that other great films can come from directors hewing close to past classics. This does go VERY close to both of those films, but there are so many worse films that Phillips could have had in his sights.

What works here, and works so well, is the performance from Phoenix. His portrayal of a man pushed further and further into the black pit of a complete mental breakdown is absolutely compelling. He's a superb Arthur Fleck. What he isn't, to me, is a superb Joker. I just don't see enough of that character in this interpretation, which is entirely to do with my own experience of the character through the years, from the comics to the TV show to the various movies. I am all for all of the praise being heaped upon Phoenix for his performance here. I just can't agree with anyone who labels him as the new gold standard for interpretations of the Joker (although nobody will ever be worse than Leto, I think that low point is safe).

There's also a good world created onscreen, a Gotham that is teeming with people who are struggling to get through their everyday lives. This is a pre-Batman Gotham. Not so much dark and full of convenient shadows, it's more like an interconnected set of glass cubes, each one oppressive and reeking of nicotine and potentially-contagious diseases.

The rest of the cast also do a great job. I'd be tempted to call them flawless if the casting of De Niro in his pivotal role didn't seem so much like an obvious stunt. He is good though, and has fun in his small amount of screentime, as is Zazie Beetz, the third point in the central triangle that the film creates. Frances Conroy, Brett Cullen, Shea Whigham, Marc Maron, and Douglas Hodge are on par with one another, portraying a mix of new characters and some you may be familiar with, albeit in a different guise.

First up is the script. It's not terrible, by any means, but Phillips and Silver rely on the cast to elevate their words. Which the cast manage to do, seriously limiting the damage that could have been caused here.

My second and third main issues stem from the same thing so I'll just bundle them together here. This film has been hailed as an interesting departure from standard comic-book movies, it has been described as a scathing commentary on some major problems in the current climate in America. It's not. It's neither of those things, and that stems from Phillips giving himself an easier option when the opportunities arose. He made much of the fact that this was a standalone film, this Joker was different from what you'd seen before, and it didn't necessarily have to tie in to any DC movie universe. So why, WHY, even bring in the characters who make up the Wayne household? Those scenes feel like fan-service, they feel out of place, and they feel totally unearned (I know that doesn't seem like the right word, but it is, somehow). And as for the scathing commentary, I don't deny that Phillips works some very good points into the movie, and even has them at the heart of the whole thing, but he gives himself an "out" by setting it in the early 1980s. That allows him to shrug, it gives him plausible deniability, it really dulls what could have been a sharp, relevant message for people who may squirm when forced to look at the mirror being held up to modern society. Phillips decides not to commit to holding up the mirror, instead settling for a kaleidoscope. And everything looks a little better through a kaleidoscope.

There's plenty to like here, even plenty to admire, and it does feel like a more interesting film from Phillips than anything else he has done, to date. It's far from perfect though, and I think people have forgiven some mis-steps because they were impressed by the kaleidoscope. 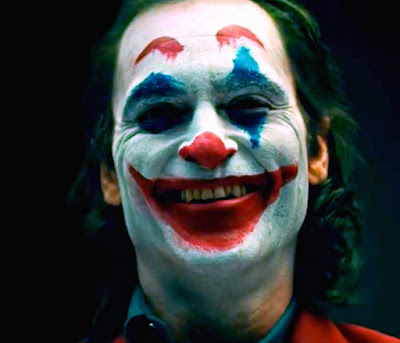