Life and love, sometimes it feels like you can't have one without the other, and both are arguably only most appreciated when you have an idea of what their loss really means. If you went through life without any idea of death coming along for you one day then how would you do things? And if you loved every time with the intensity of your first true love then it's hard to say whether that would improve your life, or make it a lot worse. It all depends on whether or not that feeling is reciprocated.

Spring was the second feature film to be co-directed by the winning combination of Justin Benson and Aaron Moorhead, and it shows them to be consistently mature and thoughtful creators, utilising horror movie ideas in a way that places them in situations viewers can easily identify with.

Lou Taylor Pucci is Evan, a young American man who finds himself in a bit of a spiral after the death of his mother. Thankfully, he meets a beautiful young woman, Louise (Nadia Hilker), while in Italy. But there's something different about Louise. Something she wants to keep hidden away from Evan, and something that could define the short-term nature of their relationship. Is the potential for their love worth what either of these two people could end up having to give up?

In a similar way to their previous feature, Resolution, Spring is an imperfect film in a way that makes it all the more endearing and enjoyable. It has gone up in my estimation since I first watched it a few years ago, and may rise further after future rewatches.

Although Pucci isn't the best person I could envision in the role of Evan, he does give off a nice mix of vulnerability and the sense of searching for a lifeline. He's lost, floating off a cliff edge, even during the moments in which he thinks he has everything in place and settled. Hilker is better in her role, but it's one that allows her to chop and change her personality as viewers sense something making her subject to something outwith her control. But beyond their individual performances, Pucci and Hilker do work very well together, and that is arguably the most important thing.

While Benson and Moorhead explore love, what it takes to be with the one you feel such a strong connection to, they also take the space and time to thoughtfully look at processing grief, being at a stage in your life when you're liable to make one mistake that can lead to another, and another, and another, and also how people can set on a certain path acting like a tourist and gradually become something better as they take in their surroundings more and start to appreciate them.

The kind of rich and rewarding horror film not designed to appeal to those just looking for a bodycount or load of gore (not that those films are automatically less worthy under the wonderful, pitch-black, umbrella of the genre), Spring is best described as an impressively insightful drama that just happens to have some monstrous moments. As well as some well-placed humour that feels in keeping with the central characters.

I bought this disc. 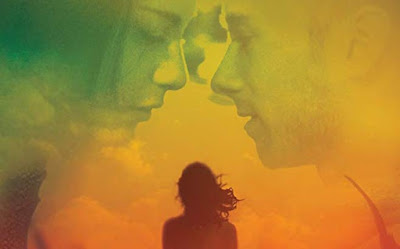