But Anguish is inspired by true events. And, for all I know, it may have been so inspired by them that writer-director Sonny Mallhi tried to recreate everything as accurately as possible. Or maybe it was just a jumping-off point for this tale. Both of these approaches should lead to the same result, a movie that is ultimately worth your time. Sadly, this is not.

Ryan Simpkins plays Tess, a young woman who starts to become more and more unstable in her mental health as she feels as if her body is not her own. It seems that she may have been invaded by the spirit of a young woman, Lucy (Amberley Gridley), who was killed by a car while storming away from a heated argument with her mother (Sarah, played by Karina Logue). Tess's mother, Jessica (Annika Marks), obviously struggles to consider this scenario, although psychiatric treatment and even the idea of possession are not ruled out, eventually.

For a first feature, Mallhi does a lot right here. The script and direction are both decent, there's certainly nothing here that you can point to as completely incompetent (even if some moments are a bit heavy-handed and clumsy), and it's admirable that he tried to deliver something different from so many of the easier options horror fans are sold every other week.

Mallhi also does well with his casting. Simpkins is good in the lead role, and ably supported by Logue, Marks, and Gridley, as well as everyone else making up the supporting cast. Histrionics are on display every so often, but they feel more like breakdowns in mental health than overdone reactions to jumps and scares.

What isn't done so well is the tone of the film. The first half is especially bad, with a meandering and dull approach to the material. It is completely lifeless, no pun intended, and leads to a lack of interest in the main events, even as things start to become more interesting in the run up to the finale. And that isn't me simply demanding a horror movie provides more blood 'n' guts, or more scares (although, y'know, neither of those things are bad when there isn't much else going on). Mallhi doesn't even think of looking further into the psychological side of things, disappointingly avoiding a sense of ambiguity and exploration that would have made things significantly more interesting.

At least made with a bit of care, it's just a shame that Anguish doesn't say anything worthwhile, and doesn't make up for this by being more entertaining. 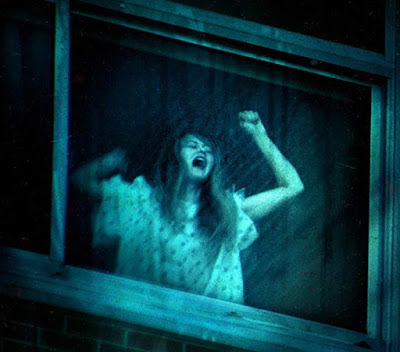