Even in the filmography of Jean-Claude Van Damme, Legionnaire stands out as a bit of an oddity. More dramatic than most of his other movies, it comes close to making some interesting points at times, but ultimately falls short.

Van Damme plays someone who, unsurprisingly, ends up in the French Foreign Legion. There he makes one or two friends, suffers at the hands of a tough Sergeant (Steven Berkoff), and finds reserves of inner strength that end up making him an ideal legionnaire.

Because this is a film that I spent years accidentally avoiding (there just always seemed to be a better viewing option when I remembered that it existed) I was always under the impression that this was another riff on A.W.O.L.: Absent Without Leave AKA Lionheart. I assumed that Van Damme would start the film as a legionnaire and then have to escape and end up fighting to win cash and the respect and love of those in awe of his ass-kicking abilities. It's not that kind of film at all, and everyone should be aware of that going into it.

This is more of a straight drama with one or two moments of "action" (I've placed the word in quotation marks because the scenes in the third act are the kind of battlefield confrontations not to be confused with more easily entertaining martial arts moments).

Written by Sheldon Lettich and Rebecca Morrison, based on a story idea by Lettich and Van Damme, Legionnaire also incorporates some gangsters and a boxing match that our hero is supposed to throw, all in the opening act of the film, and it's obvious that all of the main players thought they could stretch the range of Van Damme while also incorporating elements that would keep his fans happy. They don't manage that, mainly because they forget to make things entertaining enough, with the script unhelped by the flat direction from Peter MacDonald (although a quick look at his directorial filmography shows that he may have peaked with his first film, Rambo III).

Van Damme tries his best here but his acting isn't up to par. It's probably not all his fault though, considering there are equally disappointing turns from Nicholas Farrell and Berkoff. The only one who manages to do well is Adewale Akinnuoye-Agbaje, mainly because he's given a role that doesn't feel like an over the top caricature.

It's hard to imagine who will get the most out of this film. Fans who wanted to see more of his acting in a period setting after The Quest? Anyone who wanted a film in which JCVD helped to defend Morocco against an army of rebel warriors? If you are in either of those two groups then this film is for you. Everyone else may want to look elsewhere instead. 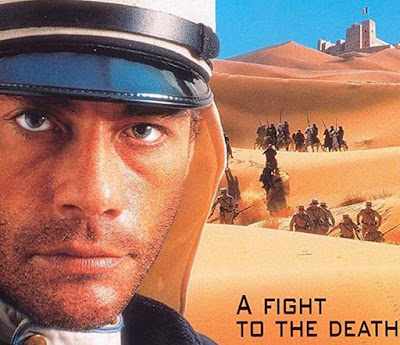