If you're after a film in which Jean-Claude Van Damme plays a blonde villain killing off people who are in between him and a downed plane that has a cargo of drugs on board then this is the movie for you. And if you're not sure about seeing Van Damme in that kind of role then I am going to say that this is still quite possibly the movie for you, because he's a lot of fun in the role.

Elsewhere, Tom Everett Scott plays Henry, a forest ranger who looks after a small, isolated location near the US/Canada border. His day starts off well when he meets a young woman (Kayla, played by Linzey Cocker) who needs some assistance. They part after agreeing to meet again later, but then Henry finds things getting a lot worse when a man named Clay (Orlando Jones) gets into his home and threatens to kill him because he believes Henry was responsible, in his previous military role, for the death of his younger brother. Meanwhile, Van Damme and his henchmen are starting to kill people in the area and head towards the downed cargo.

Directed by Peter Hyams (responsible for previous Van Damme hits, Sudden Death and Timecop), Enemies Closer is another winner for the director-star team. Van Damme may be the villain this time around but he's definitely the star, despite Scott and Jones being the nominal heroic leads.

Eric Bromberg and James Bromberg are responsible for the script, the only one they have written (at this time), and they bring things together with a fun sensibility. The pacing is perfect, with the dynamics between the various characters helping a lot there, the dialogue contains a number of good lines, and there's just enough done to distract viewers from the implausibility of the whole scenario.

Scott and Jones are decent enough in their roles, whether they're fighting one another or grudgingly working together to avoid being killed, Cocker is very good in one of the best female roles I can think of from Van Damme's filmography (although that's not saying much, considering how most actresses in his movies are just there to be saved or be sexy, or both), and JCVD is the absolute highlight, giving a funny, charismatic turn as the baddie. You also get a decent selection of supporting players as both villains and possible helpers.

There are more decent Van Damme films than you might first realise from the 21st century, a fact that's easy to forget if you've had to endure some of the major stinkers, but Enemies Closer is one of his very best, allowing him to cut loose and have an infectiously good time.

You can pick up the blu ray here.
Americans can pick it up here. 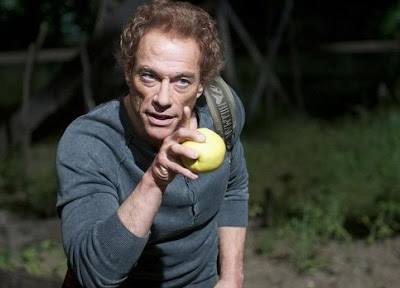