Adding another string to his bow here, Jean-Claude Van Damme both stars AND directs this film (based on a story that he worked on with Frank Dux, according to the credits). Which helps to explain why it feels like nothing more than a period version of Bloodsport, although it's nowhere near as good as that film.

Christopher Dubois (Van Damme) is a thief who uses his skills to help out a local group of orphans. Crossing paths with both local gangsters and the police, Dubois then realises that it's time he got himself out of the city, before he is arrested or killed. He ends up crossing paths with an upper-class con man (Roger Moore) and his assistant (Jack McGee). There are one or two twists, they are joined by a reporter (Janet Gunn) and boxing champion (James Remar), and everyone eventually ends up at a prestigious fighting tournament.

Some days I really don't like The Quest and some days I do. It depends on what mood I am in, I guess, and how charitable I am feeling. The opening scenes, framed by an elderly Dubois who fights some thugs and then starts to tell his story, are quite ridiculous, and also quite amusing. And things pick up once Moore and McGee appear. Sadly, things dip when the characters reach the tournament, which is when you'd expect it to become an even better movie.

Van Damme shows that he's certainly learned enough behind the camera to deliver a standard vehicle for himself, and does fine with the action sequences, but he cannot overcome the fact that a) this just feels like Bloodsport, but not done as well, and b) the script by Steve Klein and Paul Mones doesn't work as well as anyone thinks it does.

Thankfully, the cast act oblivious to the shortcomings of the material that they're given. Van Damme is doing his usual thing, Moore gives one of the most enjoyable supporting performances you will find in the entire Van Damme filmography, and McGee is good alongside him, which is why the pacing of the film is helped by their introductions. Remar is also good to see, and has a couple of great moments, Gunn is as underserved as most actresses in JCVD vehicles, and Abdel Qissi is the impressive badass who must eventually be defeated in the tournament.

Formulaic, uneven in tone, inferior to so many other Van Damme films, and missing some other decent characters when it comes to the actual fighters, The Quest is still good fun for those who can appreciate its unique charm. 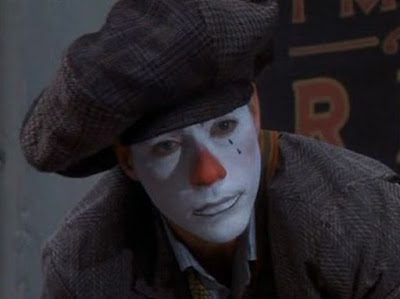