Another day, another film in which Jean-Claude Van Damme ends up an enemy of Jean-Claude Van Damme. Replicant is another interesting oddity from a time when, to put a positive spin on it, Van Damme was trying to take part in some different films that used his skills to varying effect. Did he overestimate his ability to make more than "just" action movies, or did he have a very optimistic agent with poor judgement? Or did he just get unlucky at times?

Michael Rooker plays Jake Riley, your typical movie cop. He's often angry, doesn't like being told what to do by people in suits, and has a personal connection to his most notorious case, chasing a serial killer - JCVD - who likes to kill women and set them on fire (hence him being dubbed "The Torch"). It turns out that a government agency has somehow created a clone of the killer - JCVD - and they want Riley to look after him and use him to apprehend "The Torch". As you might imagine, Riley doesn't like the idea. And he definitely doesn't like the replicant, who is given a fair amount of mistreatment and abuse until he starts to show how useful he can be, thanks to a ridiculous notion of genetic memories and a telepathic link. It's then a standard bit of cat and mouse action with a few fight scenes thrown in.

Like many of his movies from this period, Replicant isn't quite sure exactly what it wants to be. I'm not sure if Van Damme was just bad at picking projects with focus or whether the scripts - and this one was written by Les Weldon and Lawrence David Riggins - ended up being twisted out of shape in order to better fit their star actor. There are times when this feels gritty and grimy a la Seven and times when it's just another action film that happens to have more than one Van Damme in the mix (e.g. his first fight scene against two agents looking to take him back from Rooker).

Director Ringo Lam at least keeps things consistent when it comes to the visual style, and he doesn't overcomplicate things as the plot trundles along from A to B. He also doesn't stretch his leads, with Van Damme just having to move from ignorant innocent to slightly less-ignorant fighter (and, in his other role, evil dude who is just evil at all times) and Rooker doing his gruff and grumpy act that he can do so well.

There are some other people in the cast but this is really all about the relationship between the two leads, a familiarly tense dynamic that is done well. This could have been spun in a number of different ways (e.g. it's the kind of premise that often makes for an action comedy) but everyone involved plays it straight and keeps it quite dark.

Not without entertaining moments, despite the wobbly central idea, Replicant just falls short of being as good, or as much fun, as it could be. But it remains a surprisingly decent film. And it's much better than Maximum Risk (the other JCVD film that Ringo Lam directed). 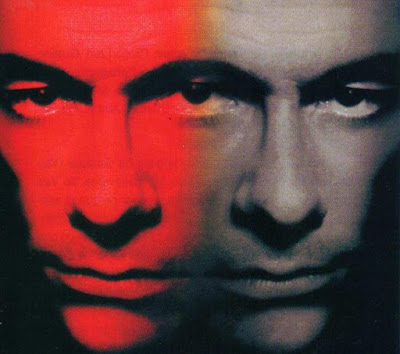