Here we go again, it's another one of those teen horrors that almost seem so deliberately bad you would almost think it's either a) a parody of mainstream teen horror, or b) something churned out by film-makers who attended an online course entitled "How To Create And Sell Teen Horror 101", for a total course fee of $150, including $25 to get your framed certificate at the end of it all (email versions available for the much lower price of $5).

There's a Polaroid camera at the heart of this one, of course.You take photos with is, a shadowy figure appears in the photos, and then the people in the phoros end up dying. This is a pattern very easily spotted by quirky high school student Bird Fitcher (Kathryn Prescott, and, yes, someone decided that could actually be someone's name . . . apologies to the multitude of people named Bird Fitcher out there). In fact, she and her friends accept this strange scenario very quickly, investigating the history of the camera, who created it, and trying not to be viewed with too much suspicion by Sheriff Pembroke (Mitch Pileggi).

Directed by Lars Klevberg (who did better work on the sorely-misjudged remake/reworking of Child's Play), it's hard to view this as anything more than an unfocused and derivative mess of a horror film that doesn't have any good intentions. There ARE very occasional moments that stand out, I can think of two highlights in the third act that prove to be too little too late, but the direction is disappointingly mediocre throughout, and the script, by Blair Butler, is one of the worst I can think of in recent memory. None of the characters are worth giving a shit about, the dialogue meanders between the eye-rollingly inane and the horribly dull, and the way the plot unfolds is all the worse because Butler clearly thinks he has some good ideas to add to the mix (someone should have told him that he really doesn't).

I want to spend a decent amount of time also complaining about Prescott, who has all of the screen presence of a piece of plasterboard, but it's unfair to criticise her for being unable to do any more with a script that has all of the strength of wet toilet roll. The only two people who manage to polish the turd for a few minutes at a time are Pileggi, unsurprisingly, and also Grace Zabriskie (again, unsurprisingly so). These two veterans are given just enough screentime to lift this whole endeavour from the very bottom of the barrel, and they both do their usual good work with material that really doesn't deserve their effort. Tyler Young, Samantha Logan, Keenan Tracey, Priscilla Quintana, et al aren't so much a decent supporting cast as more of a collection of H & M models who were hanging around when the casting director realised it was the day before principal shooting was about to begin.

In case I have not made myself absolutely clear above, this is horrible. One to avoid, even if you're an undemanding teen horror fan. I've STILL seen much worse, but that doesn't excuse just how bad this is. Or, I guess you could say, how undeveloped.

If you hate yourself then you can buy the movie here. 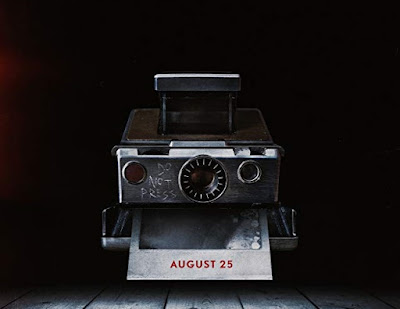