Sara Bradley (Kellie Martin) is a financial advisor sent out during the Christmas season to help rancher Travis Carlson (Colin Ferguson) figure out what he can do to secure a large loan that will save his business. Travis has a decent core business, but it soon becomes obvious that he also does a lot for the local citizens at no extra charge. Especially when it comes to Christmas-time celebrations. Travis will not be swayed on a lot of these activities - he's not going to start charging people for what have become Christmas traditions - and Sara struggles to find the right solution that will please both Travis and the bank. Meanwhile, she also gets to enjoy a lot of the activities and atmosphere, as does her daughter, Chloe (Ava Preston).

Director T. W. Peacocke has a filmography largely made up of TV show episodes. A LOT of TV episodes. Writer Julie Sherman Wolfe also has a number of TV show credits, but has spent the past few years writing a number of holiday-themed movies, so she should be familiar with the formula. And she is. Although there's nothing special here, it's in line with many other seasonal TV movies. It's just not as good as many of them.

Sara is the woman from the big city who falls for the charms of a small town, and a small town man. There are a couple of deceased figures casting large shadows (Sara is a single mother nowadays because her husband passed away, Travis carries on a lot of traditions started by his dead mother). Hot chocolate is a comfort to all, strangers become friends, who become family, and there are lessons about the true meaning of the season.

It's just a shame that the leads are quite dull. Sara and Travis don't really butt heads enough during the first act before settling into a more comfortable rapport, and Martin and Ferguson are left with many moments that rely on their chemistry together, which isn't there. Although neither have a great deal of presence, Ferguson is one of the blandest male leads I have seen recently. Preston does better, allowing herself to be welcomed into the local community, and finding some unexpected friendship and happiness. Art Hindle is the cheery grandpa figure (Pops Carson), it's nice to see him, and Victoria Snow plays Kay, an older woman who often pops round with tasty treats, and has grown closer to Pops over the years.

It may be unfair, I may have had a better run than usual lately, but Christmas In Montana is a Christmas TV movie that almost revels in its blandness. I can always remember that these things are often crafted to simply accompany viewers as they focus on other things (wrapping presents, decorating, maybe prepping some festive food), but this feels less worthwhile than so many others you could pick from the packed schedule. 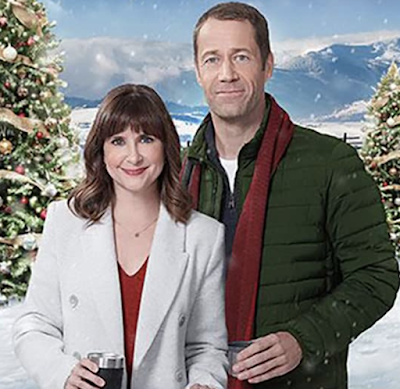