Although a fairly slim plot (an Afghan POW escapes, and attempts to stay alive, at all costs, after being shown killing some U.S. soldiers), Essential Killing is a very interesting experience. Showing the central character in a fairly non-judgemental way, no matter how bad things get, it makes you consider whether or not the title is earned.

Vincent Gallo is Mohammed, the main character. Whether he's being tortured by his military captors, eating ants, almost freezing to death, his committed performance makes the choice of casting him more understandable (despite him very much not being from anywhere near the Middle East). The construction of the film is very much as you'd expect. You get the act of violence that leads to his capture, a few scenes of torture, the escape, the survival mode section, and a seemingly-inevitable ending.

Directed by Jerzy Skolimowski, who co-wrote the movie with Ewa Piaskowska, Essential Killing feels like a movie made by people who want to make a very specific point, yet don't really have enough depth and content to turn it into a full movie. Despite the slim runtime, it clocks in at about 83 minutes, this still feels a bit overlong. It needs something more, something to make the viewing experience more worthwhile, and the ending doesn't do enough to make up for the disappointment of the plodding third act.

Skolimowski has a filmography that I'm still keen to explore (and I recommend that everyone checks out the sublime Deep End from 1970), but I am sadly unfamiliar with most of his work. Essential Killing may not be an essential viewing choice, but it's one to admire. A lot of the choices made, in terms of the main character and the plotting, are interesting, at the very least, and the passive overview is not one that you'd find in many (any?) other films on this subject.

Gallo, as already mentioned, it committed to his cause. He's a strange acting presence, and always has been, but he's someone always worth giving some time to (except when he's in The Brown Bunny, which I recall being pretty dire). There's not one moment here in which he doesn't feel as if he IS this character, making one or two moments more disturbing because they seem so real. Very few others have main roles, although Emmanuelle Seigner pops up towards the end of the film, and is almost a relief from the time we've spent so closely attached to Gallo.

I won't rush to watch this again, and I wouldn't recommend it to many others, but I am glad I sat down once with this. It's certainly a film that feels like it should provide a springboard for a lot more thought and conversation, despite not actually managing to do so. 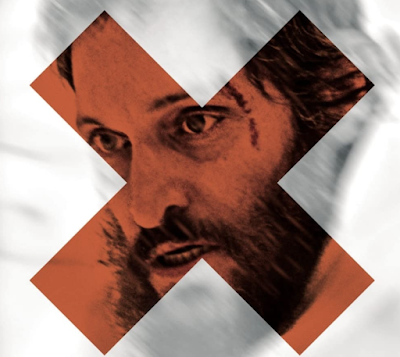