I'm not sure what the overall opinion of Evolution is, but this is one of those times when I have already convinced myself that many other people love it while I shout at the clouds like some angry, unfeeling, heathen. It's not a good film, despite some lovely visuals, and it's a film that does things in a way that actually annoys me. Feel free to rush to correct me, I didn't find anything here that had any deep meaning, any movie-world logic, or anything that was really worth my time.

Max Brebant is Nicolas. He's a young boy who lives on an island with a lot of other young boys. There are also mothers there. That's it. When Nicolas finds a corpse underwater, this starts him on a journey of detection and discovery that reveals some intriguing mysteries about the way of life on the island.

I was about halfway through this movie when I regretted picking it to review. By the time it finished, I was absolutely exasperated. Director Lucile Hadzihalilovic, who also co-wrote the screenplay with Alante Kavaite (and there's also  a credit for Geoff Cox there), wants to deliver a gorgeous-looking mood piece, and for some of the runtime does just that. It's a shame that she then puts a small amount of energy into adding some plot elements that nobody seems to REALLY care about. One or two decent moments aside, this is a film that would have worked much better without trying to provide anything like a standard plot. You know that you're not going to get many, if any, answers, and it's just a case of waiting around, trying to stave off boredom, until the inevitable ambiguous ending plays out in front of you.

The acting seems just fine from everyone involved, but it's hard to judge. Hadzihalilovic doesn't want anyone delivering too much dialogue, or doing anything beyond moving where she wants them to go in frame, and that makes every performance feel as if it's someone making the minimal amount of energy while their body is moved/placed how the director needs it.

I'll mention the cinematography by Manuel Dacosse, who deserves praise, but it's hard for me to work up any enthusiasm for anyone else involved. I guess the score, by Jesús Díaz and Zacarías M. de la Riva, is quite nice at times. And there's some nice editing from Nassim Gordji Tehrani. I don't often namecheck people in these different roles, because a movie is a collaborative effort firmly guided by a director working from a script, but Evolution at least reminded me of how other people can still be doing their best work in a film not really deserving of them.

Feel free to give this a watch for yourself, and I am sure that at least some people will want to tell me how wrong I am in my rush to dismiss this. But if you end up disliking it as much as I did, well, don't say that you weren't warned. 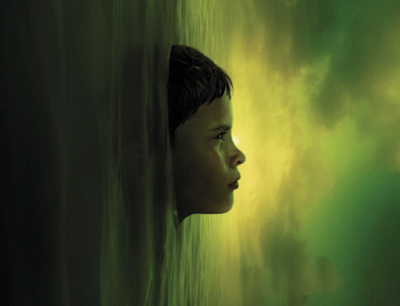