Sloan Van Doren and Jake Dooley are a couple of work rivals, window dressers who are given a shot at a promotion when the previous big name moves on. They are allowed to work on one window each, with the results being judged by their manager, Fitch, based on the reaction from onlookers, and how that translates into sales. Sloan and Jack have a love-hate relationship, of course, and Sloan also has issues dealing with her cold boyfriend, Kenneth, and trying to stop people from realising that her mother works as an attendant in the ladies room of the department store. At least both of our leads enjoy chatting to Mac, the man who keeps himself busy cleaning the exterior of the store.

Written by Tippi and Neal Doborofsky, a pair who have a number of TV movies under their belt, and directed by Michael M. Scott, who has a similarly extensive TV movie filmography, Window Wonderland is really enjoyable for those looking to enjoy the usual mix of drama, romance, and mild comedy that most Christmas TV movies provide. It's a simple premise, but used well, and the plot throws in a new development every 15-20 minutes to keep viewers on their toes. Not that any of them are hard to spot, especially if you have seen a handful of other movies like this, but they make the journey to the satisfyingly foreseeable ending all the more enjoyable.

Despite the solid work done in the writing and direction, however, a big part of the success of Window Wonderland lies with the cast. Chyler Leigh is a good female lead, her character being exasperated by her colleague, but also warming to him over time (of course). Paul Campbell gets to have a lot of fun in the role of Jake, and his mannerisms and dialogue reminded me of Joel McHale (who I nominate for the role if this is remade for a cinematic release in the next couple of years, which I know is VERY unlikely to happen). Naomi Judd is Rita, happy with her job, even if some others may be embarrassed by it, and Terence Kelly is the standard wise and sweet older character we always get in these movies. Matty Finochio and Cameron Mathison are both there to cause problems, the former being a manager who ensures that our leads know just how much is at stake and the latter a boyfriend who seems permanently focused on career and image.

While working towards what we all expect from a Christmas TV movie finale, something with romance, sweetness and some final revelations, Window Wonderland keeps everything bubbling away nicely. There are lots of little amusing lines, situations that create tension without ever feeling too dangerous or harmful for anyone involved, and plenty of Christmas spirit (with an important lesson about being yourself, and being happy in yourself). It's a delightful piece of work, and one of a number of these movies that have kept me smiling throughout the runtime this year. Maybe I've been finding better examples, just by chance, or maybe the constant barrage of bad news throughout 2020 has made me more receptive to the simple comforting effect of these movies. 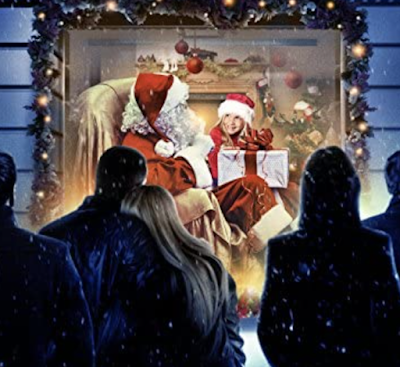