The sophomore directorial feature from director Aaron B. Koontz, who has spent some time honing his craft with numerous shorts, including his segments in the mixed bag horror comedy anthology that is Scare Package, The Pale Door has a number of big names attached to draw horror movie fans to it. From producer Joe R. Lansdale to cast members Pat Healy and Noah Segan, there are plenty of names to prick up your ears. But try to ignore your ears.  This is not a terrible film, far from it, but it's nowhere near as good as it could be.

The plot is simple enough. An outlaw gang (headed up by Duncan) are planning a profitable train robbery. But when one of the gang loses out in a shoot-out, Duncan is reluctantly persuaded to use his younger brother, Jake. The robbery doesn't get too messy, but it turns out that the treasure being transported is a young woman named Pearl. Pearl convinces the gang to take her home, where they will receive a warm welcome and a reward. They'll receive a lot more than that, considering her town houses a multitude of dangerous creatures.

The biggest problem with the first half of The Pale Door is that it feels as if it is retreading material we already saw executed so well in Dead Birds. Unfortunately, the problem with the second half is that it becomes so predictable and dull that you wish it would get back to trying to emulate Dead Birds. The problem seems to lie with the script, co-written by Koontz with Cameron Burns and Keith Lansdale. The cast do what they can, but they're weighed down by the obviousness of the plotting, and also the moments that Koontz decides to drag out for what seems an interminably long time (seriously, the final scenes in this movie feel like they add half an hour to the whole bloody thing).

Knighton is good as Duncan, Devin Druid is your typical reluctant kid acting tough, and does well, and Bill Sage is a central part of the outlaw gang, and someone always willing to do whatever needs to be done to save their own skin. Stan Shaw and Pat Healy do solid work, Noah Segan is underused, as is everyone else playing a gang member. Natasha Bassett does well with her wide-eyed innocent character who we know has some dark secret to her character, and Melora Walters is a highlight as Maria, a matriarchal figure in the town who is very open about her true intentions quite early on in the proceedings.

There are some good little touches throughout (figures scrabbling across walls and ceilings to attack the main characters, a sequence involving people being manipulated while they try to stay sheltered in a small church), but not enough to keep things enjoyably varied. Once things go from relative normality to bullets vs. evil denizens then it all turns a bit dull. The editing could have been sharper, and maybe having so much happen in the space of 5-10 minutes in the middle of the film wasn't the best decision. Drawing things out a bit more, in the right ways, would have helped, while other scenes would benefit from being trimmed, or excised completely. 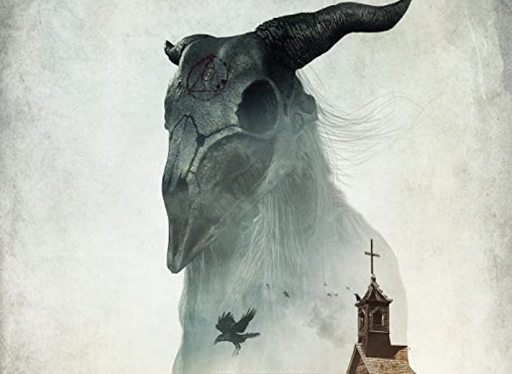