I may have mentioned it before, but Larry Fessenden is seen as a bit of a glowing light within the horror community. People have so many nice things to say about him, and he always seems to be happy to lend his time/ear/advice to others asking for it. In fact, I KNOW I have mentioned this before, because it is how I started my review of Wendigo (a film I didn't really enjoy). I had more hope for Depraved, although it was completely unfounded. This is not a film I have heard anyone really discuss, but I wanted to enjoy a movie written and directed by Fessenden.

A modern reworking of the classic Frankenstein tale, Depraved starts with a young couple, Alex (Owen Campbell) and Lucy (Chloë Levine), having a small argument. It's nothing permanent, although it's the final exchange within their relationship. Because Alex is killed. We then cut to the birth of a man named Adam (Alex Breaux), a man stitched together and brought to life by Henry (David Call), helped in his endeavours by the far-from-magnanimous Polidori (Joshua Leonard). Teaching Adam how to develop his skills is an interesting process, and leads to difficult times when his internal turmoil leads to him lashing out at those around him. He may also have some part of him connected to Lucy.

Not interested in gore or major set-pieces, although it's not a bloodless affair, Fessenden impressed with his approach to the material here. In fact, pair this up with Frankenstein (2015) and you have a very interesting double-bill of movies that manage to provide fresh takes on the text while never losing sight of the moral quandaries at the heart of the story. Neither feel as if they're trying to be too clever, or trendy, which can often happen with modernised takes on classic tales.

But let's get back to this. While Fessenden has taken care to have his writing and direction display the material in a suitable, and unfussy, way (with some nice visual touches showing the mental development of Adam), he's helped by a cast who do some great work for him. Call is a fantastic "Frankenstein", caring for his creation, yet also conflicted by the ways he wants to both push him and keep him under control. Breaux is an impressive creature, his look changing at various times in the movie, and delivers a physical performance that embodies that strong man-child figuring things out amidst a lot of confusion and mental struggles. Leonard is a lot of fun as Polidori, the one who is really trying to pull the strings, and Levine is likeable as Lucy, Ana Kayne, Maria Dizzia, and Addison Timlin help out as, respectively, Liz, Georgina, and Shelley.

If you know Fessenden, then you know that he often provides genre treats that don't like to conform to the box-ticking that some fans may prefer. That's a really good thing when the material is strong enough, and the final result interesting, as it is here. And when it doesn't work out, well, you still have to admire his constant attempts to deliver something new to audiences. I'll take a Fessenden misfire over 100 other attempts to make the next Paranormal Activity. And I'll take a Fessenden bullseye over pretty much every major studio attempt to revisit/reboot the horror IPs that they view as potential big money-makers. 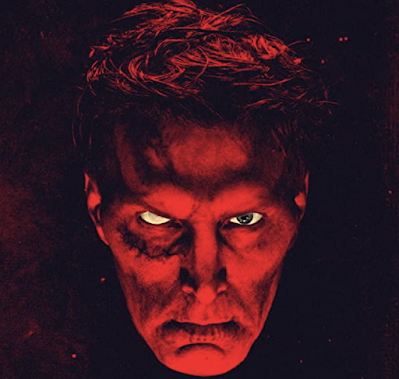