Written and directed by the aptly-named Reinert Kiil (well, it's close enough), Juleblod is a typical tale of a Santa taking an extreme approach to separating the names on the naughty list from the names on the nice list.

Jørgen Langhelle is Nissen, a dangerous killer who has been on a killing spree that has lasted over a decade. And he always kills people on Christmas Eve. He's working through a list, and he's checked it twice. He's also wearing a Santa suit. Once caught, the cops breathe a sigh of relief. That only lasts a few years, however, because he eventually escapes. And it's right back to his favourite Christmas "hobby". He's pursued by a couple of determined officers of the law, Thomas Rasch (Stig Henrik Hoff) and Terje Hansen (Sondre Krogtoft Larsen), with one man a bit newer to the case, while the other helped to lock Nissen up years ago. And there's a group of horny young women looking to have a party, oblivious to the fact that they may be in danger from a killer.

There are two main flaws with Juleblod. The first is the pacing. It's a strangely sedate slasher movie, although that's easier to accept with some of the stark and impressive visuals you get. There are a number of occasions in which the killer is shown just loitering behind a character, or observing a scene putting a lot of people on the naughty list, and they're nicely composed. There's no denying that this is a bit slower to kick into gear than your average slasher movie though, which means you have to hope that the third act makes things worthwhile (don't worry . . . it does).

The second main flaw is the selection of characters. The cast all do well in their roles, and I'm not saying that it's impossible to differentiate one individual from another, but it's certainly hard to think of anyone as a highlight once the end credits have rolled. This may be as much down to my own ignorance as it is down to the script, because I am much less familiar with Norwegian film stars, but I suspect there are also at least two or three characters more than necessary. Anyway, the cops do their sleuthing (badly), the ladies do their partying (quite well), and there are some guys around to display varying degrees of sleazy unpleasantness (to put it mildly, their transgressions range from infidelity to rape).

The kills are good though, and I mean they're really good. This is a film that rewards patient horror fans, although it still doesn't quite do enough to make up for the mis-steps. There's an enjoyably chilly atmosphere throughout, however, and at least two of the deaths are so blood-soaked and over the top that they stick in the memory much easier than the kaleidoscope of cast members. Kiil definitely knows what he's doing when it comes to the technical side of things, be it shot choice or inventive deaths. I just hope he makes more movies in this vein with some better pacing and a smaller group of potential victims.

https://ko-fi.com/kevinmatthews (coffee, tea, or even hot chocolate can make you my special friend). 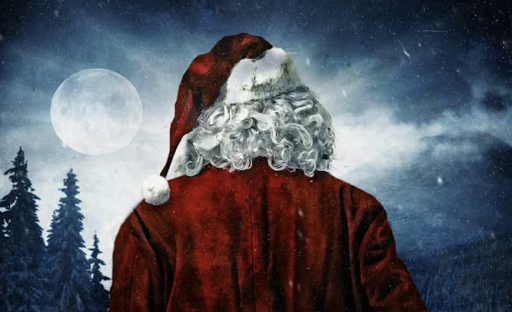