I didn't love After Hours when I first saw it. I think I was almost twenty, I didn't really get the tone of the film, and I loved it more for the fact that Scorsese directed it than the content of the film itself.  It's a spiralling nightmare that can make it hard to find the comedy until you are in a position to identify more with the central character, which is why I like it a lot more today.

You see, as much as I hate to say it, I have no had episodes that come close to the feeling I get while watching After Hours. I've had nights that have gone from bad to worse, as I make numerous unwise decisions to stay in the company of an attractive woman who was also a bit . . . whacky. I've had nights when I have lost my money and had a hell of a long journey home ahead of me. And I've had nights when the fun has stopped but I have somehow found myself somewhere, or in the company of someone, that feels quite dangerous. Treading carefully while drunk is always harder than doing so while sober.

But let's get to the film. Griffin Dunne plays Paul, a man who ends up out later than intended after he meets the lovely Marcy (Rosanna Arquette). One thing leads to another and Paul eventually finds himself in the company of an artist (Linda Fiorentino), a lonely and sad bar worker (Teri Garr), and, eventually, another artist (Verna Bloom). That's not to mention his temporary state of poverty, a suicide, a surprisingly helpful barman (John Heard), and a woman who seems to want to help him while simultaneously testing his last nerve at the same time (Catherine O'Hara).

Part of the pleasure of watching After Hours, and why I enjoyed it enough before identifying more with Dunne's character, is seeing this material handled by Scorsese. It has a number of his familiar directorial flourishes, a typically eclectic soundtrack, and benefits from his ability to make some of the darkest moments still seem entertaining. This is a film in which a man finds the corpse of someone who has committed suicide and then has to stick up signs pointing towards the dead body as he leaves the scene, after calling to inform the police.

The script by Joseph Minion helps a lot, bringing in plenty of memorable characters and plot elements that plague our lead more than once. Although the general feeling is one of chaos and madness, the script is very tightly put together, slotting various pieces together expertly and leading to an insane final sequence that serves as a brilliant punchline to the proceedings.

Dunne is wonderful in his role, but he's not left with the whole film on his shoulders. Everyone I have already mentioned above does great work. Many are absolutely right for their roles, but O'Hara and Garr are the real standouts. You also get fun cameos for Will Patton, Cheech Marin, and Tommy Chong.

If, like myself, you last watched After Hours before you recognised exactly how those nights can occur then I encourage you to give it a rewatch. Despite the title, this is not a film just about a late night out. It's about a state of mind.

I recommend buying this set.
Americans can get it here. 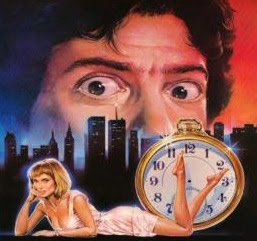