An impressive directorial feature debut from Preston DeFrancis, who also co-wrote the script with Trysta A. Bissett, Ruin Me takes an idea that has seen a sudden surge in popularity over the past few years (the faux-horror experience that may turn into something very real and deadly) and does well with it, thanks to keeping the small cast of characters engaging enough, the references all enjoyable without feeling overdone, and some great performances from the lead players.

Marcienne Dwyer plays Alex, a young woman who ends up accompanying her boyfriend, Nathan (Matt Dellapina), on an event known as Slasher Sleepout. It's basically a treasure hunt game based around a storyline about a dangerous lunatic at large in the woods that they've been taken to. The other people in their group include the ultra-moody Pitch (John Odom), his girlfriend Marina (Eva Hamilton), a knowledgeable geek named Larry (Chris Hill), and the mysterious and quiet Tim (Cameron Gordon). Each person gets a bag, each bag has one or two items that should prove useful, and then the process of "ruining" the players starts to begin.

Although it's not too heavy on the gore and bloodshed, Ruin Me does a great job of being both light and entertaining and also tense and smart. It could have easily been far too tame or far too silly, but it deftly avoids those pitfalls thanks to the script, pacing, and performances. DeFrancis, from what I could find out about him just now, hasn't done anything in the past that shows a yearning for horror, and two of his main shorts were comedies, but he's clearly someone who knows about characters, timing, and allowing layers to be built upon one another to create a satisfying final result. As does Bissett, judging by their talented writing.

Dwyer is great in the lead role, given a character who appears initially to be the very epitome of a potential "final girl" until you find out more about her. Dellapina is just fine, as are Gordon and Odom, while Hill and Hamilton both steal a few scenes each, having fun with characters that are also given slightly more depth than the usual archetypes you might find in this kind of fare.

Ruin Me is currently streaming on Shudder so here's a link to purchase Avengers Infinity War on Blu ray instead.

Americans may want this nice set of the animated series of Batman. 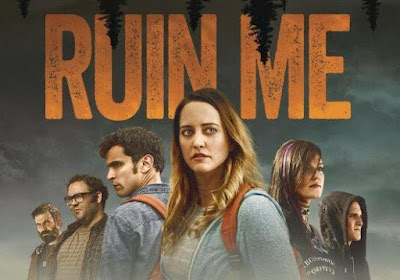