After two movies set in the same small town, it was time for the Krites to head to the city. But how do you make a movie about critters in the city without going way beyond the small budget you have? Well, you set most of the action in one apartment building, keeping everything manageable and also allowing people to refer to this instalment as “Die Hard with critters.”

I cannot really consider it worth my time to write a more detailed summary. That first paragraph sums up the plot. One or two characters return, but the majority of the action involves some youngsters (Aimee Brooks, Christian and Joseph Cousins, being used to portray one character, and a teeny tiny Leonardo DiCaprio). There’s an attempt to make things a bit more tense, as opposed to the gag-filled second movie, and that’s all you need to know.

Written by David J. Schow, a writer with a decent body of work to his name, Critters 3 may move towards a slightly darker tone, only ever so slightly though, but it remains consistent in all the most important ways, with the general main aim of entertaining viewers and the M.O. of the creatures.

Director Kristine Peterson makes the most of her limited resources, giving a decent overview of the simple geography of the building while moving at a decent pace between set-pieces of critter carnage and her talented young cast.

DiCaprio may be the biggest name in the cast nowadays, and he is fine in his role, but he’s a supporting player, overshadowed by both the impressive puppetry on display and the lead performance from Brooks. Cousins and Cousins do just fine as the cute little brother of Brooks. Don Opper returns, although his role is smaller this time, but no less pivotal, and John Calvin is the father of Brooks and Cousins, a father who seems to have let his get up and go . . . get up and go.

Not as good as the first two movies, this is still a fun creature feature. And for a third entry in a low-budget sci-fi horror series, with a nice line in gentle comedy through it, it remains one to highly recommend. 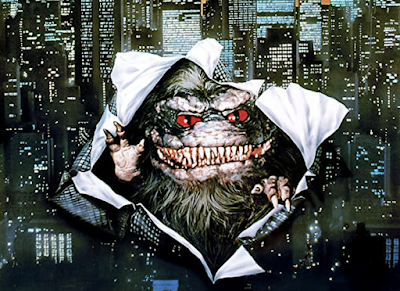