I have to start this review by admitting that I'm not exactly sure I haven't entirely misunderstood Shook. The tale of a social media star (Mia, played by Daisye Tutor) being terrorised by a mystery caller, it gets so much wrong from start to finish that it clearly fails in whatever it was trying to do.

The plot is just as described. We learn that Mia is a social media star, but only because we're shown a poorly-conceived montage that is meant to give that impression. The very first scenes of Shook are were I started to wonder about the intention of the movie. You see Mia alongside a couple of other "influencers" at a red carpet event, being photographed and made the fleeting centre of attention. Then you see that the people being photographed are actually just in front of a small backdrop set in a dingy alleyway. There isn't really any big crowd. It's just a few people taking part in this one moment that looks glamorous if you stay tightly focused on those in the light of the cameras. Is this a comment on the ways in which social media only shows what people want you to see? I couldn't decide, especially as I have seen similar hasty set-ups at numerous festivals over the years. The film, either deliberately or not, maintains this ambiguity throughout. Mia is a star, but is that just her own perception coloured by her circle of contacts? She is being terrorised, but is it real or not? This film claims to be a horror, but is it a horror with no care for plausibility, or is it a dark comedy making fun of social media fame and different perspectives on streamed content?

Directed by Jennifer Harrington, her second directorial feature of the past decade (she also wrote the script, developing a story with Alesia Glidewell), it's hard to view Shook as anything other than a half-baked idea completely mishandled from start to finish. Harrington either seems to assume most viewers of genre fare are complete idiots who won't question anything (there's a moment in the third act involving a threat to break legs that leads to one of the most unbelievable sequences I have ever seen in something not claiming to be a spoof) or just doesn't care enough about her main premise to properly plot out a cohesive and effective chain of tension and thrills.

It doesn't help that the cast are almost all terrible, although I am tempted to also blame Harrington for that, considering the weakness of her writing and direction. Tutor is a poor lead, and never convinces as someone fearing for the safety of herself and others. Emily Goss is over the top and unbelievable as her sister, Nicole, and a number of other performers are stuck portraying people that it is absolutely impossible to care about.

Although it's not often treated well in films, I can easily think of at least a dozen options you could go for that would entertain you better than Shook, many of them also making some great points mixed in with the entertainment factor. Spree is one of the best, but even the online aspect of Eighth Grade says so much more, in a much better way, than Shook. If this film was a social media account then it would be one of those accounts with no followers that sends you spam messages on how to get thousands of followers, THAT is how irritating and pointless it is. 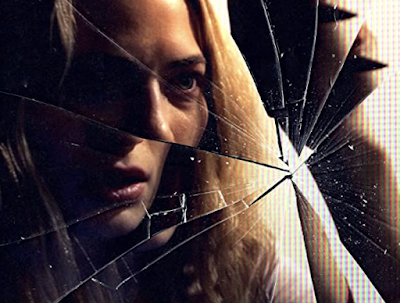