Colin Minihan may have impressed me a few times already, thanks to his work as one half of "the Vicious brothers (who gave us the fun Grave Encounters as their first feature), but I didn't realise he wrote and directed this movie until I started to sort out the full details for this review. I tend to do that, taking most movies as I find them and doing my research when it is required for reviewing purposes. That way keeps most biases at bay, in theory, and allows me to occasionally be pleasantly surprised, as I was here.

Because this is the best film yet from Minihan. It's a hard film to describe without spoiling, but I'll try anyway. I just hope that people believe me when I say that this is arguably better than a film it often calls to mind, Gone Girl (although I am due a rewatch of that one day), and should become a strong favourite for those who seek it out.

Jackie (Hannah Emily Anderson) and Jules (Brittany Allen) are a married couple looking to celebrate their one-year anniversary at a lakeside cabin. It's an isolated area, and they are surrounded by gorgeous woodlands and rocky terrain. There are also two people living nearby (Sarah, played by Martha MacIsaac, and Daniel, played by Joey Klein) who remember when Jackie was there before, when tragedy struck someone that she was very close to. Will history repeat itself? Will someone go out of their way to ensure that history repeats itself?

With his script neither patronising nor exploiting the relationship at the heart of the film, Minihan focuses on the impact that certain twists and turns have on the leads, taking some sudden moments of violence as springboards to explore how feelings can change, and just how betrayal inevitably leads to the betrayed reappraising everything that they previously assumed to be true about their current importance to a significant other. It allows the film to move like something simple and streamlined while it retains an undercurrent that examines relationships, trust, and love. The title of the movie relates to willpower, but also relates to what people seek out in order to satisfy some very dark urges.

It's hard to separate the two leads in any way, with both Anderson and Allen giving flawless performances under very different circumstances. Anderson gets to have more fun, and is an absolute standout in certain moments I won't detail here, but Allen remains convincing throughout, even as her character has to endure more and more pain. MacIsaac and Klein have just a few scenes here and there, but they both do good work in their roles.

I write reviews for my own benefit. It helps my memory of the many movies I watch when I can check out what I had to say about them, and it helps my OCD as I check out ratings/reviews while I work through lists on both IMDb and Letterboxd. But sometimes I hope a review can reach people who may seek out a film based on my praise. That has happened a couple of times this week. The first time was my review of Muscle, and now it's this review. Give it a watch, and I hope you enjoy it as much as I did. 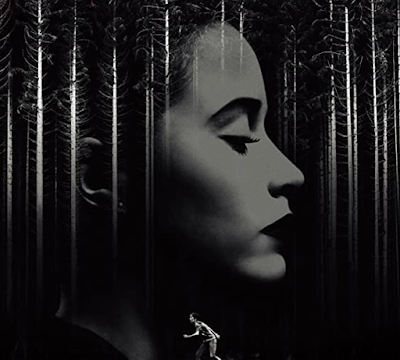