Sometimes I have to blurt out a film review summary before I start to share some details, and that is the case here. I hated A Nightmare Wakes. Really hated it. Purporting to tell the story of "the birth of Frankenstein", through a depiction of Mary Shelley and her mindset during that period of creation, not one moment of it every rings true.

Alix Wilton Regan plays Mary Shelley, a woman who starts to blend her personal problems, nightmares, and imagination as she builds up the layers of the classic horror tale she would be forever attached to. Giullian Gioiello is Percy Shelley, her lover and a source of some of her ill-feeling. There are many moments in which you can imagine storm clouds gathering, people stand around with brooding looks as low lighting creates more shadows around them, and the whole thing feels less like a celebration of a complex creative process and more like the out-takes from a mid-00s Evanescence music video.

Written and directed by Nora Unkel, making her feature debut, it's easy to see why this is such an unsatisfying mess. Most movies that show a glimpse of a life that we know about can go one of two ways. You either try to show the truth, or the essence of it, or you decide to "print the legend". Unkel cannot decide where she wants to take her movie, filling it with details that are inconsistent with the facts while never doing enough to lift up the central figure and fully celebrate her strength and talent. It would be easier, sadly, to come away from this film and think of Mary Shelley as a fragile and broken woman who somehow managed to write a popular book in a rare moment of high spirits in between days and days of moroseness and pain.

Regan doesn't do a bad job in the main role. She has to keep looking downbeat, and often feels like she's playing a secondary character, but the problem doesn't lie with her performance. The same can be said of Gioiello. Claire Glassford gets to seem a bit happier, for the most part, in the role of Claire Claremont, and the more exuberant characters of Lord Byron and Dr. Polidori are capably portrayed by Philippe Bowgen and Lee Garrett, respectively.

I guess the whole thing looks alright, although it doesn't do enough to distract you from the fact that Unkel seems to have had access to one main location, and the sound is audible throughout, so full marks for a basic level of technical competence. The performances, as weighed down as they are by the script, get another point. That's as high as I'm willing to go. Frankenstein, and the creation of it, is ripe for so many different adaptations, as we've seen over the years. Make it true to life, make it a fever-dream phantasmagoria, make it gritty and basic, make it gory and ridiculous. Just don't, please don't, make it as horribly boring as this. 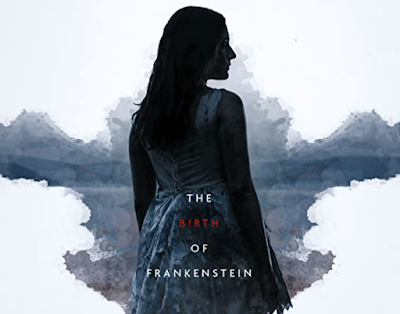