Altman is JR, the sister of Colin (Perry). JR drags Colin on a road trip to visit a professor that she had a relationship with, and then follows this up by insisting that they attend a party that Colin really doesn't want to go to. That's the main plot, and the two main characters wander from one moment of awkwardness to the next.

The most obvious cinematic touchstone here might seem to be the filmography of Woody Allen, but that would be giving the film too much credit. Woody Allen makes films that seem genuine in their intelligence and attempts by characters to give themselves some form of therapy, whereas this feels like it's a couple of people taking part in an exercise. That's not to say that Altman and Perry are dumb, not at all, but rather that they fail to set the dialogue and problems of their characters in an environment that feels connected to some kind of bigger picture. It feels fake. It's a play that happens to have some scenery changes. It's people running lines that they have practiced so often that any feeling of spontaneity died a long time ago. Aside from Allen, the other main touchstones are Noah Baumbach, David O. Russell, and Todd Solondz. All three of those film-makers would have done a bit better with this material.

Nothing here feels as if it has any impact, which is the biggest problem. There were moments when I laughed, mostly during the middle 30-40 minutes (it's a mercifully short film, clocking in at about 83 minutes), but I wanted more. I wanted to be affected by the lives of these two characters, finding some small amount of sympathy/empathy as they struggled to find their place while in the company of people who seemed to already be happy with where their lives had taken them. That never happened. And it never happened while leading up to a moment in the final scenes that could have been effective and memorable, had it not been shot in such a low-key way that it also lacked the proper impact.

Altman and Perry do work well together onscreen, although not necessarily in a way that has each helping the other to raise their game, and I'd like to see what they do after a bit more time and experience. Maybe they would benefit from working on someone else's material, or a project helmed by someone who pushes them further and keeps them more on their toes. Or maybe this is their best fit, and I'm just never going to be a big fan of their work. 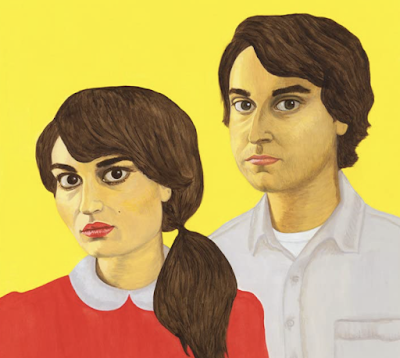