Netflix And Chill: Crime Scene: The Vanishing At The Cecil Hotel (2021)

When I heard that there was a documentary coming on to Netflix that looked at the strange case of the disappearance of Elisa Lam from the infamous Cecil Hotel I knew I wanted to watch it ASAP. Directed by Joe Berlinger, a documentary-maker who has delivered some astonishing work over the years (as well as a few feature films), there are four episodes that explore the history of the hotel, the mental state of Elisa Lam, and the persistence of everyone involved in the investigation, from the detectives to a bunch of internet sleuths.

Having been unaware of how this case unfolded, and what, if any, resolution there was, I started watching this program for the same reason as many others. I was captivated by the strange video that captured the last images of Elisa Lam alive. A video showing her entering an elevator, acting very strangely while the elevator doesn't move, and then eventually leaving the area covered by the camera. Slight spoiler here - the real explanation is quite simple, and not as interesting as we all want it to be.

While you get an interesting story told throughout Crime Scene: The Vanishing At The Cecil Hotel, it is (as can often happen with these things) a story that could have easily been told in one feature-length episode. Having said that, a lot of the background to the Cecil Hotel is fascinating, and it's an eye-opener to learn more about that area of Los Angeles, with Skid Row shown as a startling and horrifying reality, as opposed to a movie conceit where people end up temporarily while down on their luck.

The downside here is that you get the many conspiracy theories given a fair amount of time, a lot of YouTubers, Podcasters, and internet commenters trying to make themselves out as experts in things that they clearly aren't, and people who attach themselves to Elisa Lam, and this mystery, in a way that allows them to appear to be caring about her fate while managing to make things all about themselves. These are the kind of people who make commiserating posts every year about some deceased relative and gain comfort from the amount of replies that give THEM some extra comforting words from people who offer up the expected "thinking of you" or "thoughts and prayers". They are the people who dismiss/downplay something like bipolar disorder because a) there has to be a more sinister element at work, and b) everyone can have a bit of a bipolar day, it just means being a bit up and down in moods (surely . . . yeah, that's not how seriously damaging bipolar disorder works, far too many people forget that).

There are a number of people here worth listening to, and some interesting history and context. I'd also say that this is worthwhile for the memory of Elisa Lam. It's just a shame that her last moments became such a touchpaper for so many, including those who mistakenly hounded a death metal singer because he'd stayed at the same hotel . . . a year previously. It's a sad irony that those who say she was an inspiration, and that they felt connected to her, constantly fail to accept her for who she really was. And her death becoming a mystery, and a creepy video, it arguably even more tragic as it distracts from the fact that yet another young life was snuffed out by mental health problems. If more people put the same amount of energy into helping the system, and individuals, affected by mental health issues as they did into creating theories, and/or ghoulishly visiting the scene of a death to recreate some final steps, then maybe things could improve. Slightly. 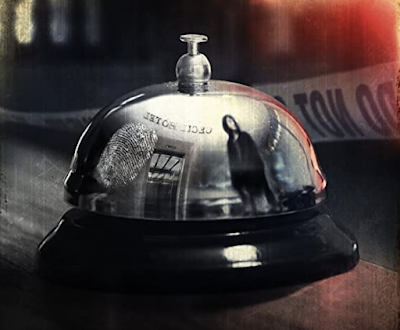