Ideas for movies come from many places, for better or worse, and the idea for Sator, and commitment from writer-director Jordan Graham, came from the mind of a woman (June Peterson, Graham's grandmother) who claimed to have known the supernatural entity at the heart of the film.

Before I get into the slight plot, I think I should make something clear. Sator had me feeling quite conflicted when I went into it, knowing the background to the movie. I'm not entirely sure that taking something from the mind of someone who had some serious mental health issues is the best way to start creating your movie. It wouldn't be the first time this has happened though. Of course, Graham has enjoyed mixing fact and fiction in his previous feature, Specter, so that seems to be his favourite way to deliver some unique horror.

And now for the slight plot. Michael Daniel plays Pete, a man who joins with some family members in a pretty isolated house in the middle of a forest. One of those family members is his Nani (June Peterson), a woman who has spent many years claiming to be aware of a supernatural creature called Sator. Things happen, and I'm not going to pretend that I kept track of what every scene meant, and then you get an ending that provides quite the impressive "punchline" to everything.

Made over a period of years, with Graham taking on almost every role behind the camera, Sator is a low-budget horror movie that starts falteringly before picking itself up once the opening 20-30 minutes is out of the way. It has a nightmarish quality about it, helped by the fact that some scenes feel shoehorned into places where they don't really belong. Thankfully, that nightmarish quality builds throughout, leading to a number of very memorable moments in the second half of the movie. You may not want to rush to revisit Sator, and it may not become a firm favourite, but it's hard to deny that some of the imagery is memorable for all the right reasons.

Daniel does just fine in his role, and Peterson is a sad and sweet presence, but the real star is Graham, a man who did whatever he needed to do to get this movie made. Although it feels low-budget, it never feels cheap. Graham doesn't cheat, doesn't take short-cuts, and doesn't let his limited resources strangle his ambition.

If you want a straightforward modern horror movie then stay away from this. It's an oddity, and sometimes a frustrating experience. But if you're willing to try something new, something that contains fragments of brilliance in among an infuriating and disjointed narrative, then definitely give this your time. The good outweighs the bad, and it's an outstanding mood piece. 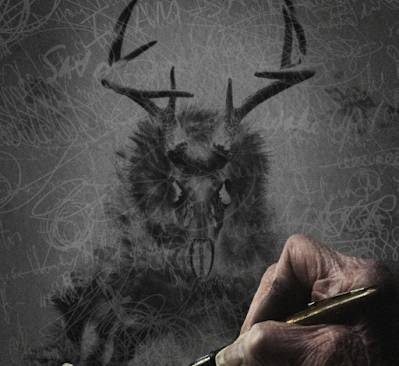