Anyone with knowledge of serial killers will have heard of Jeffrey Dahmer, the Wisconsin killer who was eventually apprehended by the police and found guilty of murdering 17 men. That's not a spoiler. Not if you know of Dahmer. It's not even a spoiler for this movie, which instead decides to focus on a certain time during Dahmer's various murders, interspersing things with flashbacks to show Dahmer's relationship with his father.

Jeremy Renner plays the title role, a shy young man who seems to be struggling with ways to live his life the way he really wants to. He's spent years processing his own sexuality, and he usually doesn't feel at ease in the company of others. He also wants to create a living zombie.

There's not much else to say. Jeffrey Dahmer was an evil man who did't look evil. Because serial killers often don't walk around with horns growing out of their heads and glowing red eyes. But even if you're familiar with his M.O. then there may still be one or two moments here that will make you squirm in discomfort, at the very least.

Writer-director David Jacobson knows what he wants to do with the plotting, and he does it all very well. A few shocks scattered throughout are enough to keep you remembering just how messed up Dahmer is, yet nothing feels too overdone or gratuitous. And there are times when you can see how some circuitry has blown, how Dahmer started down a path that made it easier and easier for him to shed any good intentions he may once have had. The movements between the present and the past aren't always immediately clear, but you usually get up to speed quickly enough to see how all of the pieces are fitting together, a jigsaw puzzle of a character study being put together without you having seen the picture on the box.

Renner is excellent, giving a performance that easily ranks as the best I have ever seen from him. He is, understandably, the focus of pretty much every scene, and that makes it hard to heap too much praise on the rest of the cast, who all do well enough. I'll just mention Bruce Davison, who plays Lionel Dahmer. Although Davison is always an excellent actor, it's fortuitous that the man who was the awkward and dangerous Willard portrays the father of the awkward and dangerous Jeffrey Dahmer.

Even more so than films with criminals/anti-heroes at the centre of them, films about serial killers have to walk a fine line between showing the abnormal minds that people find so fascinating without glamourising their horrific crimes. Jacobson walks that line with ease, and he's delivered a film that should work for anyone at all interested in the macabre subject matter. 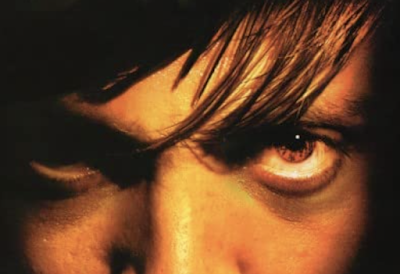